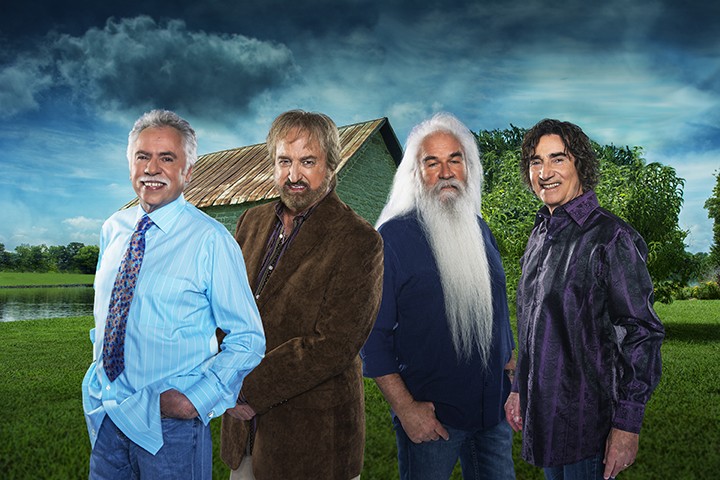 The Oak Ridge Boys will perform in Carmel on April 23. (Submitted photo)

In 1972, Richard Sterban was faced with a tough career choice, continue playing with J.D. Sumner and the Stamps Quartet who served as backup singers to Elvis Presley or accept an invitation to join the Oak Ridge Boys.

“I said give me until tomorrow, but I knew I was going to take the job,” said Sterban, who replaced the bass singer who left. “A lot of people didn’t understand my decision, asking me how I could leave Elvis. I felt in my heart I was doing the right thing. I felt the Oak Ridge Boys had a lot of potential. History has proven that I made a pretty good decision. Forty-three years later, I’ve had a pretty good life with the Oak Ridge Boys.”

The Oak Ridge Boys will perform at 8 p.m. April 23 at the Palladium. Sterban will celebrate his 73rd birthday the next day.

He said the group still averages 150 days on the road.

“Even after all these years we’re still having fun doing this,” Sterban said. “At our age, sometimes we physically get tired, but we don’t get tired of doing what we do.”

Sterban said a bulk of the show will include fan favorites.

Some others include “Thank God for Kids,” “Y’all Come Back Saloon,” and “Leaving Louisiana in Broad Daylight.”

Sterban said the group, which was inducted into the Country Music Hall of Fame last year, will perform songs from its 2015 Rock of Ages album, which are hymns and gospel favorites.

Sterban said performing with Presley was a learning experience.

“It helped prepare me for what would come later on,” Sterban said. “A few years later I went to the same arenas just as packed for the Oak Ridge Boys.”

Sterban got asked so often to tell stories about Elvis he collaborated with Steve Robinson on a 2012 book “Elvis to Elvira: My Life on Stage.”

His favorite story is the first time he met Presley. After waiting a long time for Presley to arrive, he showed with his entourage.

“Up until the time, I was a casual Elvis fan,” Sterban said. “But when he walked in the room I realized why at that point he was the biggest star in the world. From that time, I understood now why this guy is so special. His presence filled the room. He had so much charisma. The only other person I ever got the same feeling for was Johnny Cash.”

Cash was a great supporter of the Oak Ridge Boys, Sterban said.