You are at:Home»Current in Carmel»Carmel Community»Lemons at home with Booth Tarkington Civic Theatre 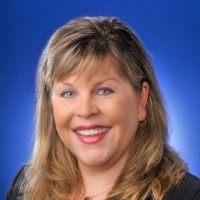 Her husband, Michael Lasley, is Civic Theatre’s producing director. She met her husband at Civic in the early 1990s.

“I’m the third generation of my family to perform there,” said Lemons, adding Civic Theatre was founded in 1915.

Lemons performs as Golde in “The Fiddler on the Roof” from April 22-May 7 at The Tarkington at Carmel’s Center for the Performing Arts. She estimates she has been in 70 shows in Indianapolis theater over the last 30-plus years. She has been performing at Civic Theatre since the mid-1980s.

Lasley is directing “Fiddler on the Roof.” Lemons and Lasley will celebrate their 22nd wedding anniversary, April 30, during the run.

“It’s a beautiful play and it clearly resonates with people,” Lemons said. “I often hear people say I’d like to see that but I’m really surprised that how many people tell me it’s (‘Fiddler on the Roof’) their favorite show. I think it’s because it’s universal themes of family and tradition. It’s also a really nice love story, too. It’s a beautiful piece. The cast is outstanding. The direction and choreography are fantastic. It’s a great group of singer and dancers and actors.”

Lemons does straight plays as well, but musicals are her real love.

She performed as the narrator in several productions of “Joseph and the Amazing Technicolor Dreamcoat” at Civic, which her husband also directed.

“I’ve also worked with him as an assistant director and we work pretty well together,” Lemons said.