You are at:Home»Current in Zionsville»Books and Brews coming to Zionsville’s Boone Village Shopping Center 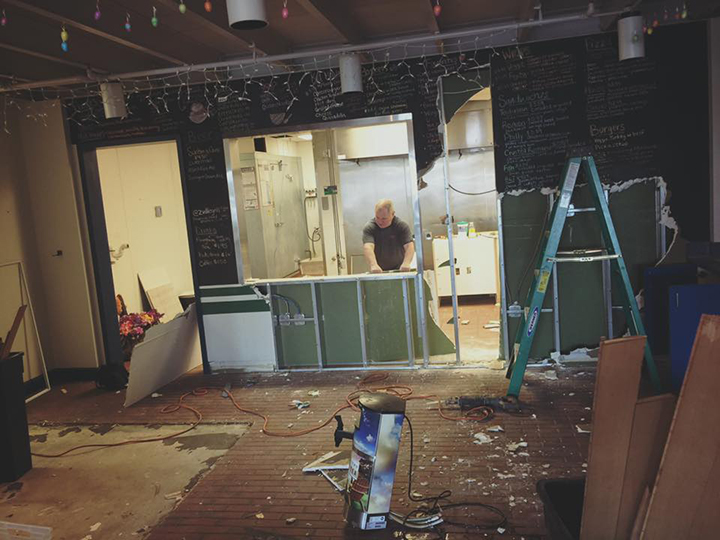 Books and Brews will open in the space that formerly held Zionsville Grill. Owner Jason Wuerfel expects the transformation to be complete in three to six months. (Submitted photo)

Zionsville will soon be home to a business that combines the owner’s love of reading and a good beer.

Books and Brews has plans to move into the space that formerly housed Zionsville Grill in the Boone Village Shopping Center. The new location will include a taproom selling the company’s beer and have a guest wine and beer list.

“We just signed the lease, and we don’t anticipate having to do an extensive build out, mostly aesthetic improvements,” said Jason Wuerfel, president of Books and Brews. “I build all the furniture myself, so I need some time to build furniture and build the bookcases, but not a lot of infrastructure upgrades are needed.”

Wuerfel said it should take approximately three to six months to reinvent the building.

Books and Brews will not be brewing at the new location but will sell its beer and offer social events mostly centered around the arts, such as open mic night and live music. It will also host book and writing clubs. The first Books and Brews is in Indianapolis near 96th Street and I-69.

“When I first opened Books and Brews, I was hoping to capture the early morning lunch crowd to become a crossover with a local coffee shop and then moving into the craft beer scene at night time,” Wuerfel said.  “Just because of our location now (in Indianapolis), we never developed a morning crowd so we focused on craft beer.”

But since the new Zionsville location is in an area with heavy foot traffic, Wuerfel expects to reach more of an early lunch crowd and appeal to them with local coffee. Because of that desire, the new Books and Brews will open an hour or so earlier than the first location.

Wuerfel and his wife were booth English majors in college, and had a desire to combine their loves of books and beer. For more, visit booksandbrews.com.