You are at:Home»Current in Zionsville»Community invited to preview the Big Easy before after-prom party 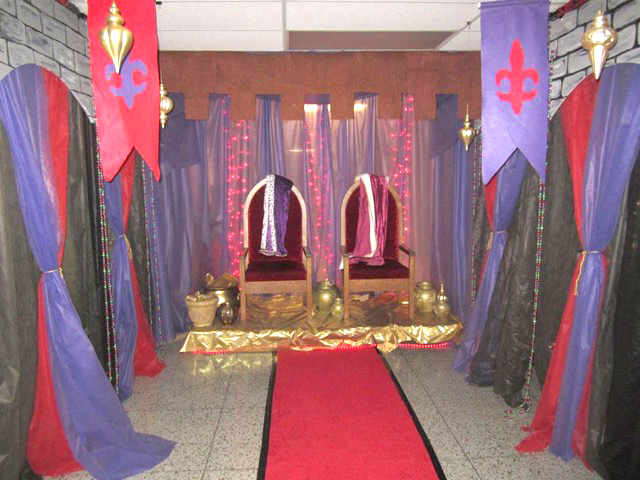 The 2015 after-prom party featured the theme, “A Medieval Kingdom.” This year the school will be transformed into New Oreans. (Submitted photo)

Zionsville Community High School will be transformed into New Orleans by more than 300 parents and volunteers, providing a fun place for students to go after prom.

With a theme of “Laissez les bons temps roulez” – Destination New Orleans, juniors, seniors and their guests will be able to eat, celebrate and win prizes from midnight to 3 a.m. The public is invited to see the decorations during a preview between 7 and 8:30 p.m. April 23, before the students get their first glimpse.

“They’re excited, and they want to go somewhere,” Prom Preview Chair Cheryl London said, “And we want them to go somewhere safe where we know they’ll have fun, and we don’t have to worry about them making poor decisions.”

“What we typically like to do is get a different feel for something the kids haven’t experienced yet,” said Jodi Beebe, head of decorations, “Something they can relate to that still appeals to their age.”

The cafeteria, gym and other areas of the high school will be transformed into different aspects of the Big Easy such as Bourbon Street and the bayou, helping to capture the feel of New Orleans.

Beebe added that special features will add to the ambiance of being in Louisiana without the students feeling that they’re still in their own school, such as food and drink associated with New Orleans.

Approximately 800 students attended last year’s after prom, with most expenses funded through donations from community businesses and families.

“I never had anything like this when I was in high school,” London said. “They literally transform the school, and they do it year after year.”