You are at:Home»Current in Zionsville»Wellness educators to return to Zionsville Community Schools elementary campuses in August

Zionsville elementary schools have been without dedicated physical education teachers since 2011, but starting in August they’ll be back – and better, school officials say.

The Zionsville Community Schools board of trustees approved the addition of five elementary wellness instructors and two employees to support expanded Project Lead the Way programs in the middle schools. 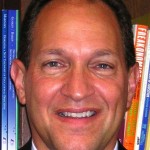 “Every elementary student in the district will benefit from having trained educators delivering wellness education,” ZCS Supt. Scott Robison stated. “Our classroom teachers have done an amazing job teaching physical education during the last five years, but it is well past time that we restore professionals with expertise in this area.”

District officials eliminated specialized teachers for PE and science in 2011 following state cuts to local school funding and the failure of a referendum. A referendum passed in 2012 helped restore the science teachers, and in November 2015, voters passed another referendum that included funds to restore PE teachers.

ZCS Chief Operations Officer Rebecca Coffman said that the job description for the new hires will be a bit different than what it was in the past, although she did not confirm specifics.

“It’s not just going to come back as it was, but much better, a much more robust opportunity for our children,” Coffman said. 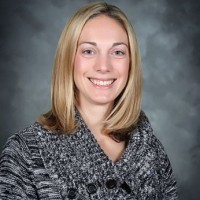 Coffman pointed to the success of STEM programs – which focus on science, technology, engineering and math – as proof of success when curriculum is retooled. The district also cut STEM programs in 2011 but restored them at the elementary level through the 2012 referendum. Earlier in the school board meeting, Indiana Supt. of Public Instruction Glenda Ritz recognized ZCS for being the first district in the state to have all of its elementary schools achieve Certified STEM School status.

“We only have 12 in the state now, so you’re one of the first dozen to be STEM certified,” Ritz said. “The kids will benefit from this for years to come.”

In other business, the board declared the HVAC failure at Zionsville Community High School as an emergency and voted to allow the project to be awarded once bids are received and reviewed.

The failing technology is about 20 years old and causes the system to default to heating the building. With warmer weather on the way, officials said the repairs need to be made as soon as possible. They hope crews can begin making the fixes during spring break.

ZCS Chief Financial Officer Michael Shafer said he expects the project to cost between $90,000 and $300,000, depending on if the district decides to fix only the failed units or all of the aging units. He said repair costs should be covered through extra funds from previous construction projects associated with the high school addition and funds that are currently uncommitted.