You are at:Home»Current in Fishers»Fishers residents Jessica Hawkins on stage in Theatre on the Square’s “Passion” 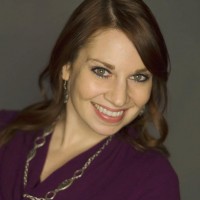 Jessica Hawkins got the theater bug again while watching her mother, JoAnn Crum, perform in a show.

“I saw it and thought ‘I forgot how fun that is, I want to do that again,’” Hawkins said.

So after about 15-year absence since performing in high school, Hawkins, 36, returned to the stage five years ago. The Fishers resident will make her Theatre on the Square debut as one of the main characters in Stephen Sondheim’s “Passion” March 11 to 26 on the Christel DeHaan Main Stage at TOTS, 627 Massachusetts Ave., Indianapolis. During the run, there will be performances Fridays and Saturdays at 8 p.m. and Sundays at 5 p.m.

“Three years ago, I did ‘Follies’ at Footlight Musicals and that was my first Sondheim show,” said Hawkins, who also has performed with the Booth Tarkington Civic Theatre in Carmel. “The music in ‘Passion’ is very difficult,” Hawkins said. “You have to learn your part no matter what the piano or other instruments are playing.”

Hawkins said she does about three shows per year.

“I try not to do too many so I can still spend time with my husband,” Hawkins said.

Tim Spradlin, an Indianapolis resident, is directing a TOTS show for the first time, but has performed with TOTS in the past.

“This music sounds easy to the ear, but it’s very complicated,” Spradlin said. “That’s the biggest battle. The actors are conquering the music. They’re doing a great job.”