You are at:Home»Current in Zionsville»zWORKS founder: Successful Zionsville entrepreneurs have little room to grow in town

While zWORKS has been a boon to entrepreneurs and startups in its first year, some are finding it challenging to remain in Zionsville as their businesses grow beyond a handful of employees. 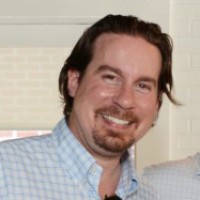 zWORKS co-founder and President Dan Moyers expressed his concerns at a recent Zionsville Redevelopment Commission meeting and proposed options for the future.

“They get going, they get some traction, they get a few customers and that fuel to grow,” Moyers said. “They go from two people to needing to hire 10 or 20.”

“People are graduating, they’re growing up and need to move out of these spaces,” he said. “Where do they go once they’ve grown out of the co-working shared space that’s zWORKS?”

With more than 40 percent of zWORKS members living outside of Zionsville, Moyers would like to keep their companies in town during an interim phase of growth to ensure businesses don’t leave and decide not to return.

“They’re preparing a neat model,” Moyers said. The first few floors will be for basic co-working space, the next few floors for flex space and expanded businesses, and the top floors as “graduate” space for long term tenants.

The Boone Co. EDC keeps track of businesses interested in expanding or relocating to the area. Of their contacts in 2015, more than half of the 66 percent of businesses wanting to move into an existing building requested fewer than 50,000 square feet.

Members of the RDC were supportive of the possibilities but added that they do not develop properties.

“You need to find a developer who would decide they want to take that risk and fund it,” Commissioner Luke Phencie said.

“We’re all in agreement that it makes a lot of sense for Creekside. The issue is funding,” Commissioner Wade Achenbach said. “We’re obviously an incentive-based group.”