You are at:Home»Current in Westfield»JBF to host Nike Elite Youth Basketball League 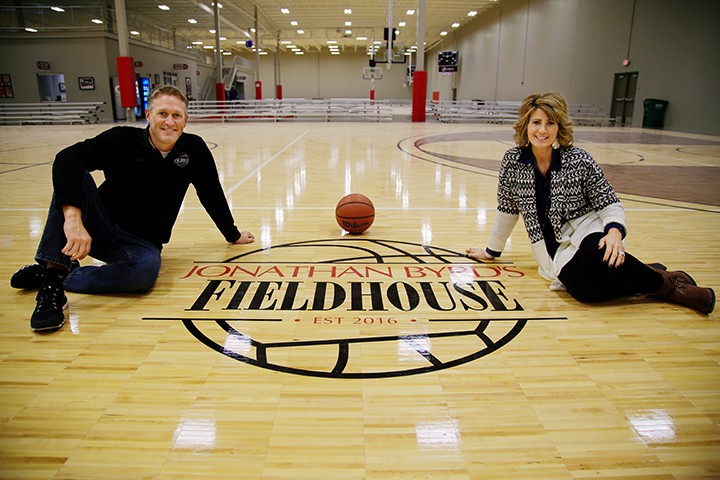 Many told Rod Sinn that he would never achieve getting Nike to agree to host the Elite Youth Basketball League at Jonathan Byrd’s Fieldhouse its first year of operation.

Yet the president of operations chose to let the negative comments fuel him instead of bringing him down. Jonathan Byrd’s Fieldhouse will now host the Nike EYBL from April 22 to 24.

“We got the second live period, which means all college coaches are allowed to come and watch the kids play,” Sinn said. “That’s one of the best ones we can get. We have session two, which is just unheard of to get it in the first year, which is great.”

The EYBL has never been hosted in Indiana before.

“The whole idea for hosting the EYBL was two years ago, when this whole building started as a dream,” Sinn said. “This was my goal, to hold a Nike EYBL here. If we ever got the building done, that’s what I wanted to do.”

Sinn sent Nike multiple updates over the months, verifying all the amenities such as the WiFi and cameras and eight courts would be available in time to host the EYBL. On Feb. 29, Sinn got verification to announce the event publically.

“My hope is they come back every year. We’ve already started meeting with the Hamilton Co. Sports Authority, and we hold weekly meetings with people from Grand Park to address any issues that might come up,” Sinn said. “We make sure this is the best event Nike has ever had and make them come back every year. That is the goal.”

The EYBL is estimated to bring an economic impact of $2.2 million. Hotel rooms are already getting booked.

Three hundred D1 coaches may be in attendance to watch the kids compete and possibly recruit them to their specific college.

“You don’t understand how big the thing is until you realize you’re hosting it. This is Nike’s top event that they host in youth basketball,” Sinn said. “It’s like building Lucas Oil Stadium and getting the Super Bowl in the first year.”

The other three cities to host the EYBL are Brooklyn, N.Y., Hampton, Va. and Atlanta, Ga. The Peach Jam, the final championship that all other events bleed in to, will be hosted in South Carolina.

“There’s so many people that told me I would never get it and it just challenged me to work that much harder to make sure we did get it here,” Sinn said. “I’m very pleased and honored, and it’s proof that hard work pays off.”