You are at:Home»Night & Day»Entertainment News»Indiana Wind Symphony to have fun in “Space: The Final Frontier” show March 19

“We’re encouraging people to come in costume,” Conrad said about the March 19 program. “They can enjoy it however they like. We intend to have some fun with it.”

Partially inspired by the recent release of “Star Wars: The Force Awakens,” Conrad has created a program that includes familiar themes from the blockbuster movie, plus the long-running TV series, “Star Trek,” in addition to planetary-related pieces such as John Philip Sousa’s “Transit of Venus” and Gustav Host’s “Jupiter” and “Mars” from his seven-movement “The Planets.”

“We even found a new piece written just last year by Michael Daugherty called ‘Vulcan,’ a three movement piece about Dr. Spock,” said Conrad, referring to the emotionally detached character played by Leonard Enjoy in series. “Space is a topic we really hadn’t touched on. There is such an interest in TV and movie music, and we knew there were really good arrangements of both the ‘Star Trek’ music and the ‘Star Wars’ music out there.” 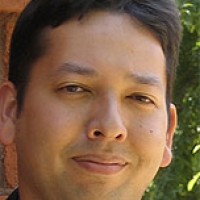 The symphony will perform Jay Bocook’s arrangement of “Star Trek” in the first part of the program and then close the evening with John Williams’ “Star Wars Trilogy.”

The program gets back down-to-earth with guest cellist Andre Gaskins will perform “Elegy and Rondo” by Arturo Rodriguez, written when Rodriguez was studying for his master’s degree at Butler University. The Grammy-nominated Gaskins is Carmel High School graduate principal cellist for the Fort Wayne Philharmonic.

The bicentennial celebration number for this program is a circus march called “Bravura,” written C.E. Duble of Jeffersonville. Duble, a trombonist, wrote more than 40 pieces for circuses, some of which are still being played today.