You are at:Home»Current in Fishers»Fishers hosting rally to kickoff Disability Awareness Month

With March being Disability Awareness Month, the City of Fishers’ Americans with Disabilities Act Roundtable is hosting an Inclusion is for Everyone rally from 9 to 11 a.m. March 10 in the city hall auditorium. 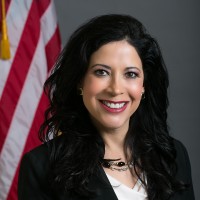 “This event is to kickoff Disability Awareness Month in Fishers and to just let people know that we have an ADA Roundtable here in Fishers and we are looking for people to come to the table and participate,” city councilor and ADA Roundtable chairperson Cecilia Coble said. “As a city councilor, mother of a special needs daughter and a chairperson of the Fishers ADA Roundtable, I’m very interested in learning more about the successes, challenges and ideas of the disability community, and so is the city. What we’re trying to do is identify who are stakeholders are and the various disability groups and gain their feedback, their perspectives and experiences for them to share on the ADA Roundtable.”

The event will feature guest speaker Josh Bleill, an author, Greenfield native and Marine who lost both his legs when his vehicle was struck by an explosive in Fallujah, Iraq.

Attendees will also have the opportunity to sign up for future Fishers ADA Roundtable discussions.

“The ADA Roundtable is basically going to be a way to hopefully build a stronger sense of community within the disability community of Fishers and for us to work together with the businesses, with the city and organizations and come up with some goals and programs that can help maximize the well-being of all citizens and those with disabilities,” Coble said. “We’ll be meeting on a regular basis throughout the year and right now we’re asking people to reach out if they’re interested and sign up to either be a part of the roundtable or maybe head up a focus group.”