You are at:Home»Current in Zionsville»CrossFit Zionsvillle competition to benefit Make-A-Wish

CrossFit Zionsville wants to do its share to make dreams come true. 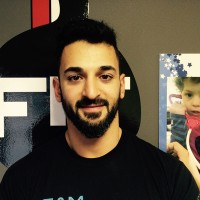 Ali Ott, CrossFit Zionsville owner, is aiming to raise $20,000 by April 16 for Make-A-Wish. That should be enough to grant two or three wishes, depending on the cost of each wish. The club has already raised $15,000 through a silent auction last month and donations on the website. Club member Ben Weir is on the regional advisory board for Make-A-Wish.

He hopes a CrossFit competition called WOD for Wishes at the club, 10668 Andrade Dr., Zionsville, April 16, will raise the rest. Ott said all the proceeds from the competition, which will start at 8 a.m., will go to the fundraiser. WOD stands for Workout of the Day.

Finish Line will sponsor the competition and provide a prize to the winner. Health Spot will be giving away prizes.

“There will be a CrossFit competition open to anyone who does Crossfit or works out,” Ott said. “There will be multiple workouts, and we’ll be set up in teams of twos. We’ll run them in heats. They won’t really know what the workouts are until that day. We do three separate workouts, take the scores from the workouts and the top six teams will go into the final workout.”

Ott said the club has held fundraisers in the past for football teams in the area and breast cancer.

“This year I wanted to do something that involves the Zionsville/Indianapolis community,” said Ott, a north Indianapolis resident who opened the club approximately three years ago. “We are working with the Indiana-Kentucky-Ohio chapter of Make-A-Wish to grant these wishes for local kids. As we get closer to the competition. We’ll know who the kids are.”

The cost for teams is $125. Ott is hoping 40 teams, including both men and women, will participate. For more, visit wodforwishes.com.