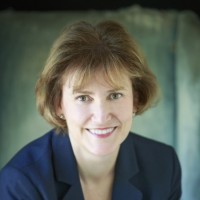 Carmel resident Diane Gomez is at the forefront of the Convention of States movement.

“Our group calls for proposing amendments to the Constitution to limit the federal government, because they will never call for an amendment to limit themselves,” said Gomez, who serves as Indiana director for the Convention of States Project.

Indiana became the sixth state to call for a Convention of States to propose amendments under Article V of the U.S. Constitution Feb. 29.

“We actually got bipartisan support, so we were really happy with that,” Gomez said.

“States would like the power to override Supreme Court decisions, because I think both sides of the political aisle would agree that the Supreme Court gets it wrong sometimes,” Gomez said. “We need to have a say.”

Other states to pass the Article V resolution so far are Alaska, Florida, Georgia, Alabama and Tennessee.

Gomez said if the group gets to that point, each state chooses delegates and they go to a convention where they propose amendments.

“This gives the state equal footing, because Congress can propose amendments,” Gomez said.

She said it might take a couple more years to reach the 34 states needed.

Gomez left her full-time job as an office manager to be a full-time volunteer state director for the organization.