You are at:Home»Current in Carmel»Carmel Community»Carmel author Jim Serger learns life lessons from a butcher 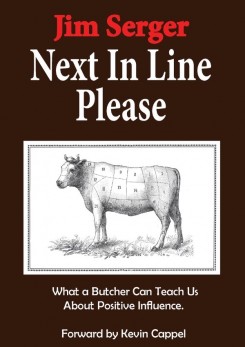 At age 15, Jim Serger began a six-year stretch working at a small convenience store next to Bob Cappel’s butcher shop in Cincinnati. 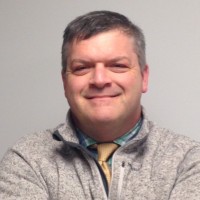 Serger, 45, credits Cappel for that positive influence. Serger’s 136-page book called “Next in Line Please” was released Feb. 5. The book’s tagline is What a Butcher Can Teach Us About Positive Influence.

“The book is about positive influencing and young men and young women need that more today than ever before,” Serger said. “They need reassurance that they are doing well. If they’re not doing well, they need encouragement.

“Life is not easy but if you have people that are encouraging, you can do well,” he said.

“We have to push kids, give them attaboys, and not be afraid to tell them when they mess up,” Serger said. “When they mature and get older, the cycle continues.”

Serger said Cappel always showed he was interested in him.

“He’s a very neat man,” Serger said. “When I told him about writing the book, he said, ‘Why me? Why does anyone want to know about me?’ I said, ‘Bob, I don’t know Bo Jackson or Ken Griffey Jr. You’re the one who impacted my life.’”