You are at:Home»Current in Westfield»Obituary: Martha Jane “Marti” Thurston 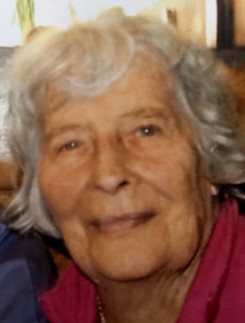 Martha Jane “Marti” Thurston, 90, Westfield, died Feb. 26 with her loving family by her side. She was born April 15, 1925 to Arthur and Martha Chevalier in Indianapolis.

Marti founded Parish Country Day School in 1969, serving as principal for 14 years. She was the former director of Hamilton Co. Mental Health and a charter member of Church of the Nativity Episcopal Church in Indianapolis. Marti attended Butler and DePauw Universities and was a member of Delta Gamma Sorority and Master Gardeners. Along with her husband, she was an entrepreneur and founder of several businesses. A lover of animals, books, nature, art and classical music, Marti enjoyed the finer things in life. She loved children and her family dearly and always put them first.

In addition to her parents and her brother, Robert B. Chevalier, Marti was preceded in death in 2004 by her husband of 53 years, James S. Thurston, who, during their marriage, took excellent care of her.

Memorial contributions may be made to the Humane Society for Hamilton Co., 1721 Pleasant St., Suite B, Noblesville, IN 46060.