You are at:Home»Current in Carmel»Carmel Community»Carmel Clay GOP asks for unity at chili dinner 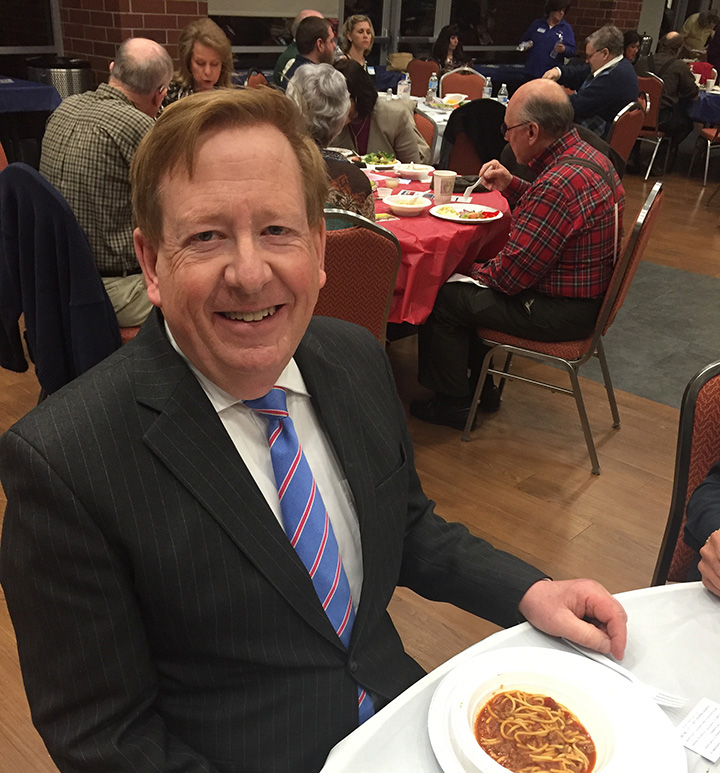 It was the night of Super Tuesday, and all over the TV candidates for president were duking it out. Republican hopefuls called each other names and made jokes about each other’s appearances in televised speeches.

But at the Carmel Clay Republican Club’s Chili Supper at the Monon Community Center, conservatives were urging one another to not be drawn into attacking one another. Officials preached unity among Carmel’s GOP.

“People in the Republican Party need to get along and work together,” said Carmel Mayor Jim Brainard, the featured speaker at the March 1 event. “I worry as I watch this national campaign unfold and the candidates beat up on each other. You don’t think the democrats are taking notes? We need to really focus on our message and the fact that we might have our differences on how to get to the same place, but we all have the same goals for communities and for our country.”

Brainard spoke about some of the progress made during his 20 years as mayor. He spoke about constructing roundabouts and redeveloping Carmel’s downtown, including creating the Carmel Arts & Design District and the Carmel City Center. But the message under all of it is that there has to be unity in order to accomplish such growth.

In the crowd, a who’s who of past and current elected officials served styrofoam bowls of chili to guests in a low-key affair. The $5 price to attend made the event accessible to all, not just wealthy Republican donors. Some in the crowd were running against each other in upcoming elections, and others ran against each other in the past.

Representatives from both the campaigns of U.S. Rep. Todd Young and U.S. Rep. Marlin Stutzman were in attendance, including Stutzman’s wife, Christy, who gave a speech. The congressmen are running against each other in May’s primary to become the party’s nominee for U.S. Senate to potentially replace Dan Coats.

“You might see both candidates fighting each other for the nomination,” said Matthew Snyder, president of the CCRC. “But right now they are working together in Washington D.C., and that’s why they couldn’t be here tonight.”