You are at:Home»Current in Carmel»Carmel Community»Angela Brown set for Palladium show 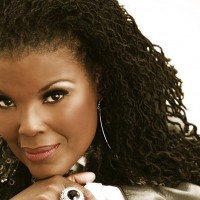 Angela Brown always likes when she can break from her busy travel schedule to perform in front of family and friends.

The Indianapolis resident will get that opportunity when the Carmel Symphony Orchestra presents “Angela Brown!” at 7:30 p.m. March 12 at the Palladium in Carmel.

“I don’t want to be home too long and I don’t want to be on the road too long,” said Brown, who is married with three stepsons. “But it’s always nice to perform at home because you get to connect not only with the Indianapolis audience in general but you get have family and friends come out.”

The soprano, who is well known for her work in Giuseppe Verdi operas, will sing some spirituals, opera arias as well as show tunes.

After the Carmel performance, Brown will head to New York. She will perform in the new opera “Yardbird” about the life of (jazz great) Charlie Parker. She plays Charlie Parker’s mother. The show is at the Apollo Theater April 1 and 3. Then Brown will appear in “Gershwin’s Porky & Bess” with the Buffalo (N.Y.) Philharmonic on May 13-14.

“I’m also working on a cabaret project and another opera project,” Brown said.

Brown has recently returned from Pennsylvania and New Jersey, where she performed her show, “Opera from a Sistah’s Point of View.”

“It demystifies opera for audiences that normally wouldn’t go to one,” Brown said. “I always do the show for adult audiences and I did an education part for a school in Trenton, N.J.”

“I always have people come up to me and say ‘I’ve never been to the opera. The way you broke it down and made it something that is not so scary, I think I will start going to opera now,’” Brown said. “That’s always a good feeling because that is what my intention is, to bring more audience to the seats of the opera house.”