You are at:Home»Current in Zionsville»A Taste of Amish bakery offers homemade treats 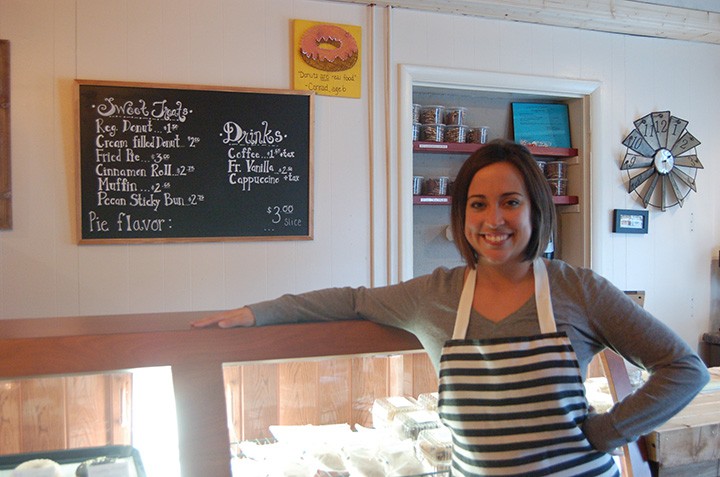 “I think that you can accomplish anything that you really have your heart set on,” said Rachel Gallienne, owner of A Taste of Amish, a bakery that hit its share of bumps in the road before becoming a reality.

Her shop at 62 North First Street opened in December after challenges finding the right location and requesting a zoning variance.

The bakery is open Wednesday through Saturday from 7 a.m. to 2 p.m. She hires a driver to bring fresh baked donuts and pastries each morning from a northern Indiana Amish bakery, which poses a challenge in the winter when weather throughout the state can impact delivery.

“I try to tell everybody to follow my Facebook page,” she said, where she updates delays or cancellations of baked goods. That’s also where she lets followers know when her donuts have sold out.

Gallienne’s father was raised Amish but left when he met her mother. She grew up in northern Indiana near her father’s family.

“That’s what I grew up being around, eating all this good homemade quality food,” she said. She made connections growing up in the community and working at an Amish bakery.

She previously delivered preordered donuts and baked goods to homes and businesses in Westfield and Zionsville for more than a year, making a weekly trip north in her personal vehicle to collect the donuts.

“It was easier because I knew exactly what I needed,” Gallienne said. “Here it’s a gamble every day.”

All of her products come from the Amish community with the baked goods coming from a single source. Other items such as jam, peanut butter and a wide selection of cheeses and cheese curds come from other sources.

With at least three days notice, she can provide special orders for bread, cookies and pie, including gluten-free pie.