You are at:Home»Current in Carmel»Carmel Community»Little Star Center expands in Carmel, plans to add staff members 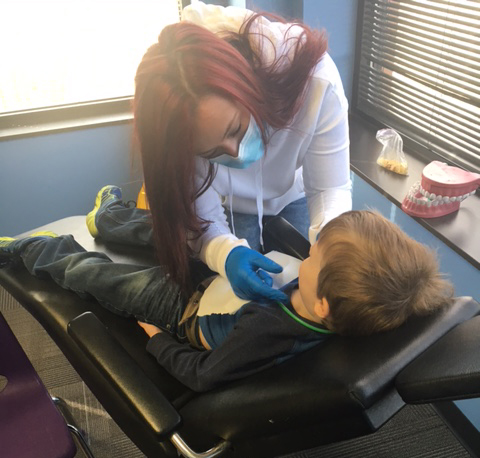 A local not-for-profit autism therapy clinic has recently expanded, adding space and plans to hire new staff. Little Star Center, which was previously divided between two separate sites at Carmel’s Hamilton Crossing complex, has added 6,500 square feet at one of its existing locations.

Little Star Center specializes in providing children, teens, and young adults with autism the chance to become comfortable in common social settings. The expansion includes new rooms in which these settings are simulated, like a barbershop/beauty salon and dentist office with a waiting room, as well as general space for the expanded staff and a reception area.

“[Kids with autism] don’t have those pretend play skills. Children typically learn by watching others,” Little Star Center Executive Director Mary Rosswurm said. “We have to practice with them and desensitize them to scary situations like a dentist scraping their teeth.”

One in 68 children are diagnosed with Autism Spectrum Disorder according to a 2014 study conducted by the Centers for Disease Control and Prevention.

The Little Star Center also features various group sessions, and has previously serviced adults up to 26 years old. The new expansion will also bring in 25 new jobs for qualified therapists.