You are at:Home»Current in Zionsville»Fiddler Deb Shebish to perform Irish music at Zionsville library 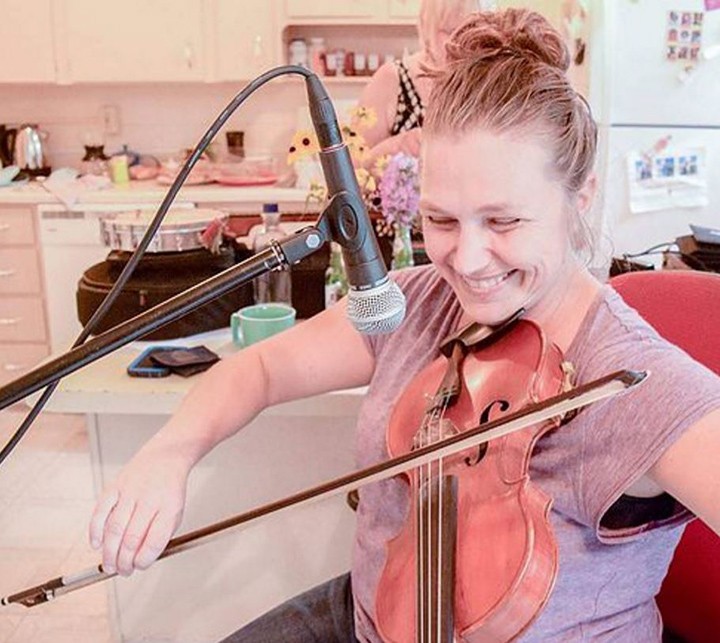 Deb Shebish will perform at the Hussey-Mayfield Memorial Public Library on March 15. (Photo by Jasmine Reese)

In the spirit of St. Patrick’s Day, Indiana resident Deb Shebish will play solo fiddle and talk about Irish music and fiddle playing at 7 p.m. March 15 at the Hussey Mayfield Memorial Public Library.

“Even if they’re just interested in travel,” Shebish said, “there’s often a lot of crossover that people wouldn’t expect. Here in America, there’s a culture of Irish sessioning where people get together and maybe don’t even know each other, but because of the common bodies of tunes and the traditions that are associated with them, they’re able to sit down and play together.”

Shebish will incorporate multimedia into her presentation to show videos of these sessions and how music has migrated along with resurgence and interest.

She maintains a travel blog that she says she plans to update after a trip to Hungary in March.

She began playing in the orchestra in fourth grade.

“Music always seemed very relevant to me,” she said. “I stuck with it, I never had to be told to practice.”

Her interest in Irish and folk music emerged during her junior year at Indiana State University while obtaining her degree in classical music. She learned a lot of Irish music while visiting Bloomington and met a ballad’s scholar who asked Shebish to join her doing research in Scotland.

“I learned so much,” she said, adding that the trip introduced her to many professors at the University of Edinburgh, where she eventually obtained her masters degree.

She performs in Indianapolis at various pubs and restaurants.

“I think a lot of folks would be surprised the number of people playing this music here in Indianapolis,” Shebish said.