You are at:Home»Current in Westfield»Donita Hiatt wins church award 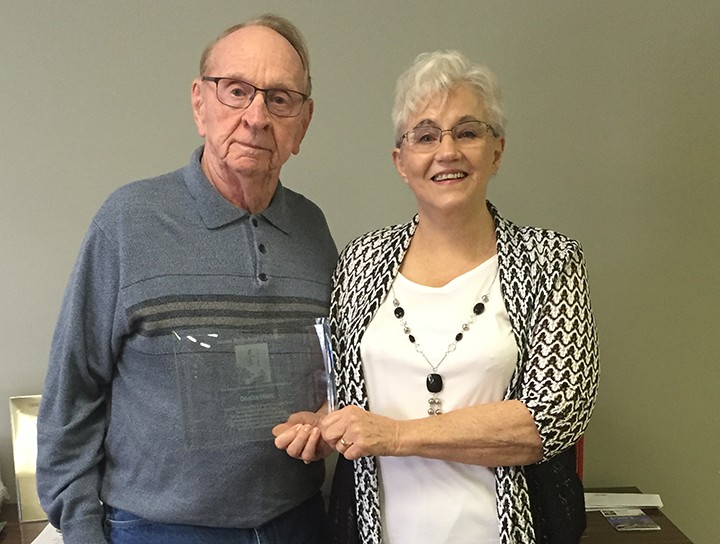 John and Donita Hiatt celebrate her nomination of The Susanna Wesley Award of Excellence. (Photo by Anna Skinner)

Donita Hiatt has done years of service in the community and at her church, and her husband, John, thought it was about time she got recognized.

Throughout the years, Donita has taken care of preschoolers through the MOPS (Mothers of Preschoolers) program. She did plenty of counseling, and often coordinates all the dinners for group meetings or a family dinner.

On Feb. 14, Donita received The Susanna Wesley Award of Excellence in front of the entire congregation of Christ United Methodist Church.

“What I do right now is work within the church. I watch after John, and I greet the new people coming into the church and see to it they seem welcome,” Donita said. “At my age, it’s a full time job.”

The Susanna Wesley Award of Excellence is said to be awarded to “women who continue the tradition of providing spiritual nurture to their family and who make contributions to the United Methodist Church and its witness around the world.”

“She helped make pillowcase dresses for children in Haiti,” John said. “She received the Melvin Jones award for dedicated humanity service from the Westfield Lions Club in 2011. They consider it the highest award in the Lions Club, it’s a national award.”

The Hiatts have fostered three children throughout the year and have four of their own. Donita has worked closely with United Methodist Women and has also helped tutor brain damaged children. Through her counseling, she saved the lives of two women planning suicidal actions.

Donita received a plaque for the award and her services, and her children and other family drove to CUMC to watch her receive the award.