You are at:Home»Current in Carmel»Carmel Community»Deceased county councilor’s name will not appear on ballot 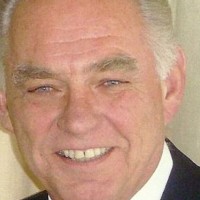 Hamilton County Councilor Jim Belden, who was running for reelection in May for an at-large seat, will be removed from the ballot after his death on Feb. 14.

Belden, who was well known as former head coach of the Westfield, Noblesville and Carmel football teams, died of cancer at age 77.

After his death, Pete Peterson, recently selected as head of the Hamilton County Republican Party, said it was unclear if Belden would remain on the ballot and that it would be decided by election officials.

There have been numerous examples throughout U.S. history of deceased candidates remaining on the ballot when election time rolls around, such as Missouri Gov. Mel Carnahan’s election to the U.S. Senate in Missouri in 2000 – 38 days after passing away in a plane crash. His wife filled his spot until a special election.

Kathy Richardson, head of Hamilton County elections, said after Belden’s death that she would meet with the elections board and decide whether he should be removed. It was announced that he will be removed.

Peterson has scheduled a Republican Party caucus for March 16 to select Belden’s temporary replacement until the election. Peterson said precinct committeemen will vote on the announced candidates and it will take as many ballots as possible until a simple majority is reached. Candidates interested in filling Belden’s seat must submit their names a few days before the caucus. John Accetturo, former member of the Carmel City Council, sent out a press release announcing he has submitted his name to be candidate.