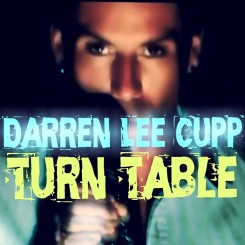 A cover photo for Darren Lee Cupp’s new album. Cupp has expanded his business beyond ballroom dancing, to a jewelry line and music. (Submitted photo)

Darren Lee Cupp is adding some more lines to his resume.

Cupp, who owns Darren’s Ballroom in Carmel, appeared in an independent movie “Dracula Now,” appeared on Fox Life’s “Dance Dreams” and worked on developing his own reality show “Ballroom Revolution” in 2015.

Now he is launching a jewelry line and releasing his first original musical single.

Now Cupp is launching his own jewelry line, The Ballroom Bracelet Collection, in conjunction with David Joseff Designs, a jewelry designer from Indianapolis.

“They are leather-wrapped bracelets so they are unisex, anyone can wear them,” said Cupp, who lives in Indianapolis. “They can be worn separately or when they are all put together they make one bracelet. You can layer them.”

Cupp signed with Warren McRae to produce his first music single and album.

“I’ve recorded music before but I’ve always recorded cover songs,” Cupp said. “This will be first original CD I’ve done with my own stuff. There will be four songs that originally released. The first single will be released in early spring.”

“It’s cool to be able to work with (McRae) and get his creative input,” Cupp said. “The music gets sent to me. I make changes and suggestions, and it gets re-worked again. It’s an exciting process. If you have to classify it would be pop but with some rock influences as well.”

To preorder the single or merchandise, visit fundly.com/all-access-pass-1.

“It gives people a behind-the-scenes look into the creation,”Cupp said.