You are at:Home»Current in Carmel»Carmel Community»Creekside Middle School twins winners of Lego contest 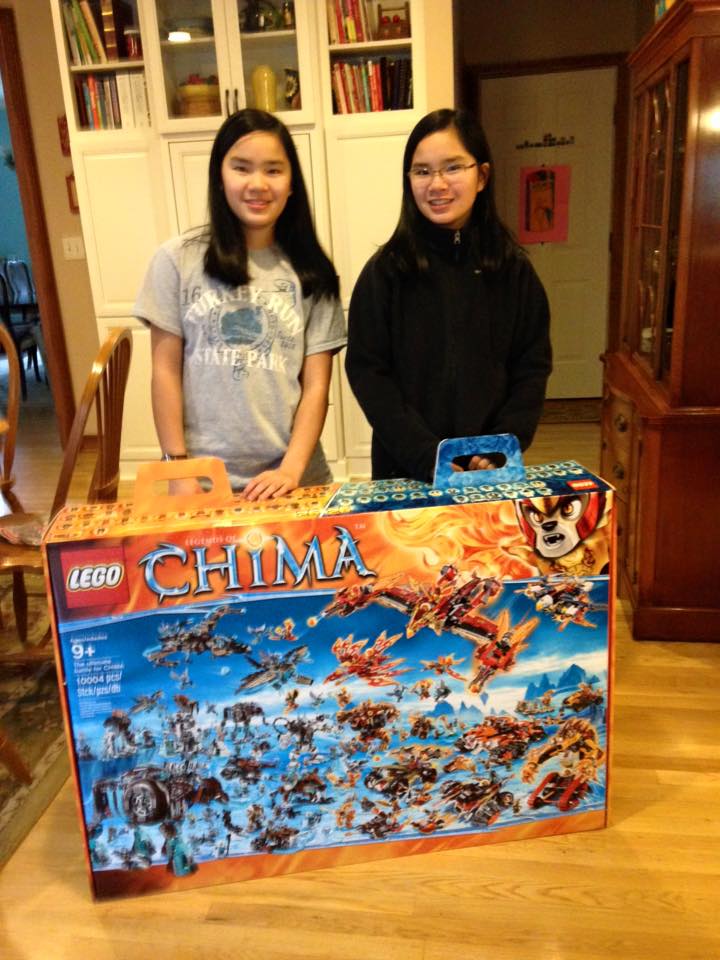 Kendall and Chelsea Tinsley, eighth grade twins at Creekside Middle School, were recently named as one of two winners in North America in Lego’s Chima Big Box Contest. Chima is a fantasy-themed series of Legos where fire and ice are pitted against each other.

The girls learned of the contest in Lego Magazine. The contest was to build a fortress with something built that would determine which side would win. They decided to do it a little differently. Instead of building one that had a foregone winner, they built the fortress so it was double sided. One side was fire and one side was ice, said their mother, Carolyn Tinsley.

The sisters spent their spare time over a couple of months in the summer and early fall working on their piece. Their fortress contained movable walls, a secret passage and defense mechanisms – all created from their imagination.

“We went to the Lego store a couple of times to get extra supplies. They put it together, created a video and sent it in,” Carolyn said. “I knew it was pretty good when they sent it in. I just thought the chances of them winning were pretty slim, because I figured there was a lot of great ones in there.”

The family learned in December they had been selected as one of the two winners. They will be featured in the March edition of the Lego Magazine. They also received all of the 2015 Chima Lego kits – more than 10,000 pieces in all.

Carolyn said she believes they’ll continue to participate in the contests.

“I wouldn’t be surprised if they did more contests,” she said. “They really enjoy coming up with their own creation more than they do building a kit.”