You are at:Home»Current in Carmel»Carmel Community»Carmel Fire Dept. paramedic saves life during vacation 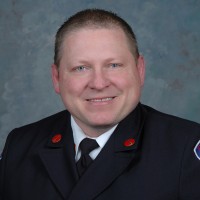 Carl Drake might not be getting paid, but he figures he’s always on the clock.

Drake, a Westfield resident who is starting his 25th year with the Carmel Fire Department, helped loosen a man from death’s grip while enjoying a night out in Nashville, Tenn.

“My theory is you are always a firefighter and paramedic 24/7,” said Drake, a lieutenant paramedic with Station 46. “It was one of those things where you are in the right place at the right time.”

Drake, an avid outdoorsman, was attending a National Wild Turkey Federation convention Feb. 13. Drake worked the show floor and had decided to go out with his wife and friends to visit a Nashville night club called The Stage. While enjoying a band, he noticed a woman walking with man, likely in his late 60s or early 70s.

Drake could tell the man was struggling, so he asked if he was intoxicated and the woman said he hadn’t had a drink. So Drake and his friend decided to help the man outside.

“I felt him starting to go down and his eyes had rolled back into his head and he just collapsed on me,” Drake said. “He had that look of death on his face.”

Drake laid him on the ground and saw he was gurgling as if he was taking his last breath. By that time, an intensive care unit nurse from Georgia came to help.

“Neither of us could find a brachial or carotid pulse,” Drake said. “He took another breath and it was like that’s it — this guy has gotten in cardiac arrest.”

Drake opened up his airways so he could get some air, opened his shirt and began performing CPR.

“I was trying to get the blood circulating,” Drake said. “Within a few minutes, his hands starting moving a little bit and (he) tried to take some breaths. I stopped CPR and found a weak carotid pulse. All of sudden his breathing picked up and he started blinking his eyes. By the time the Nashville Fire Rescue showed up, he was slowly coming to. He was awake and talking by the time they had taken him out on the gurney.”

Drake never found out the man’s name or whether it was a major heart attack as he suspected.

“He’s a very seasoned firefighter and paramedic and if anyone is going to have a problem, Carl is a good guy to have around,” Station 46 Capt. Tony Collins said.