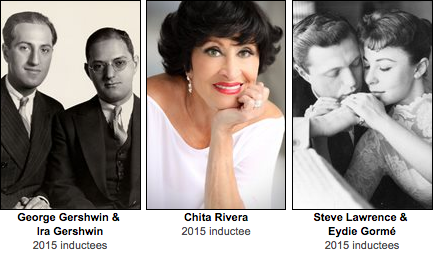 Just a few of the Songbook Hall of Fame honorees. (Submitted image)

“Hoosiers have mastered every style of American music, from jazz to gospel and hard rock to opera,” said Michael Feinstein, five-time Grammy nominee and founder of the Great American Songbook Foundation. “As composers, performers, and audiences, Indiana has made its mark on the history of music in America and the world. We are thrilled to celebrate this wonderful musical legacy with our new exhibit.”

This free exhibit is open to the public in the Songbook Gallery on the gallery level (fourth floor) of the Palladium at the Center for the Performing Arts in Carmel, IN. Gallery hours are 10 a.m. to 4 p.m. , Monday through  Friday. The gallery is also open to concert-goers attending the Songbook series and Jazz series at the Palladium. For more, visit TheSongbook.org. To see photos from the opening of the exhibit taken by Current’s ‘Where’s Amy’ columnist Amy Pauszek, click here.