You are at:Home»Current in Geist»Gathering hosting dinner to benefit Humane Society 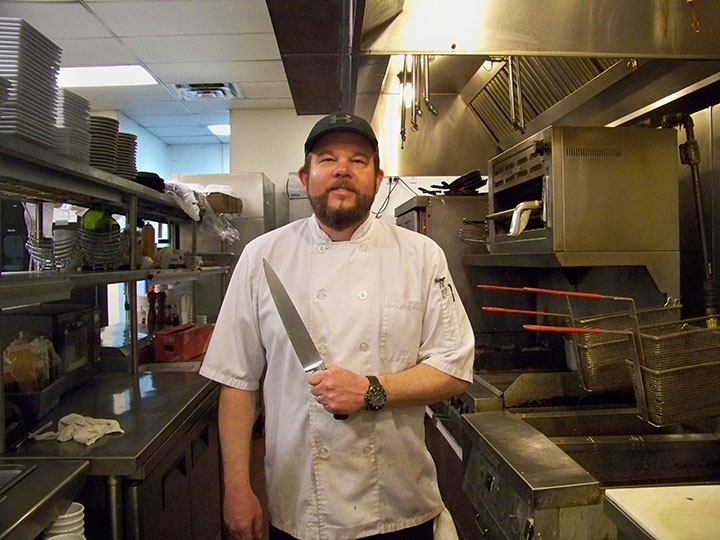 Executive chef Jon Radford in his kitchen at The Gathering Bistro and Pub in Geist. (Photo by Sam Elliott)

Two of the Geist area’s best chefs will wage a friendly battle for in-house bragging rights and for a good cause when The Gathering Bistro and Pub in Geist and the Humane Society for Hamilton Co. join forces for the first Master Chef to the Rescue cooking competition on Feb. 23. 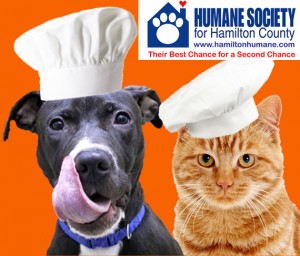 Jon Radford, the executive chef at The Gathering, and Eric Blackwell, his lead sous chef, will prepare a three-course meal to be judged by the diners at the event.

“We are so excited to partner with them on this event,” said Jennifer Judd, manager of marketing and public relations for the HSHC.

The restaurant’s Amy Radford said they wanted to plan an event that was not only fun but would raise money at the same time.

“This is our first time we have partnered directly with the HSHC or ever really done anything like this,” Amy Radford, spokesperson for the restaurant, said. “We have always been supporters of the shelter and, in fact, adopted a dog from them last year.

“Our hope is that this fundraiser will be successful and we can plan another one in the future,” she added. “The HSHC goes above and beyond to help animals in need.”

The chefs will prepare a three-course meal, with each course featuring two appetizers, two entrees and two desserts.

The appetizers will be:

A traditional meatball in housemaid marina, served with olive oil and peasant bread

The entrees will be:

The desserts will be:

There will be a reception beginning at 6 p.m., followed by dinner at 7 p.m.

Attendees can pay $75 to enjoy two, three-course meals plus one well-drink ticket. There will also be a complimentary wine on the tables and there will be free beer during the cocktail hour donated by Big Lug Canteen. Tickets may be purchased at HamiltonHumane.com. The restaurant is located at 11705 Fox Rd.

“We’re so grateful to the Gathering Pub for hosting this event,” said Rebecca Stevens, executive director for the HSHC. “The food these chefs will prepare is going to be amazing, so I don’t know how we will pick a winner.”

Stevens said the event is great for people who love watching TV shows like “Master Chef” and want to support the shelter, which supports all of Hamilton Co. and is trying to raise money to build a new, larger facility.