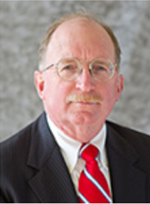 Police have released the names of the victims.

Katherine Janet Giehll – 31 year old female and the mother of her 4 year old son Raymond Peter Giehll IV (4th).  Both were victims of gunshot wounds and were pronounced dead at the scene.

It has been determined that the suspect, Lucius Hamilton III, is the uncle of the female victim and is still at large. Police ask the public that if Lucius Hamilton, or his van is seen, to notify local authorities immediately.

The Boone County Sheriff’s Office has identified a suspect in a crime that left a woman and young child dead Feb. 17 in the 6800 block of Old Hunt Club Road.

Officers are searching for Lucius Oliver Hamilton III, a 61-year-old white male. He is six feet tall, weighs 195 pounds and has gray hair and brown eyes. He was last known to be driving a white 2013 Dodge full-size van with Indiana Wabash plate WA25. The van was checked out from Wabash College around 9:30 a.m. this morning, which is where Hamilton is employed. Hamilton was last seen on campus this morning and is traveling in an unknown direction.

According to a press release sent out at around 1:15 p.m., BCSO has reached out to the US Marshals Service, FBI and TSA to assist with the investigation. He is considered to be armed and dangerous.

Wabash College has been locked down and a search of the premises is underway, however police do not believe that Hamilton is in the area.