You are at:Home»Current in Carmel»Carmel Community»Value in helping: A look at the Veteran Treatment Courts 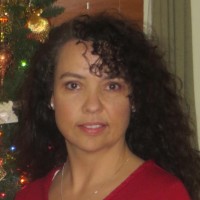 Lisa Wilken is a firm believer in the value of Veterans Treatment Courts.

The purpose is to give many first offender military service veterans a second chance.

There are veterans courts in Hamilton and Marion counties, and 13 statewide. In the 2015 legislative session, Indiana lawmakers enabled funding ($500,000 each year) in the budget bill to expand Veteran Treatment Courts.

Wilken is the women’s liaison and assistant legislative director for the Dept. of Indiana AMVETS.

“What we’ve seen across the board, specifically with Veterans Treatment Courts, if we have a veteran is having an issue with law enforcement and get involved in the judicial system, there is a specific criteria that has to be met for the veteran to qualify, and there are certain crimes that are excluded,” said Wilken, who lives in Westfield. “If it is determined that veteran is eligible, what happens is they are given a second chance because of their service-connected disabilities. If that is something the veteran is struggling with, they are provided a resource through the Veterans Treatment Court.”

Wilken said the process includes mentors and a support system.

The first Veterans Treatment Court was launched in 2008 because of an increasing numbers of veterans appearing before the courts to face charges stemming from substance abuse, mental health disorders and/or trauma.

Wilken, an Air Force veteran, said if these courts can stop veterans from continually being in the system, it would have monetary benefit.

“We are saving the state an exorbitant amount of money between services spent for the judicial system and housing for jail. There is ripple effect because that veteran has a family,” Wilken said.

Wilken said the violent crimes are not eligible on the national model.

“Where it becomes tricky in that issue is domestic violence because a lot of times that is the result of substance abuse, and that is a result of trying to self-medicate for a service-connected disability,” Wilken said. “Those type of things are looked at on a case-by-case basis.”

The goal is to Veteran Treatment Court in all 11 judicial districts, she said.