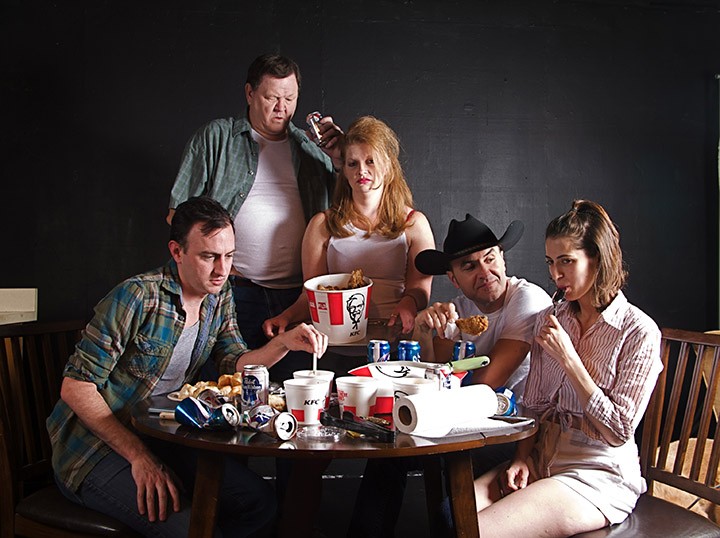 From left: Nate Walden as Chris, Dan Scharbrough as Ansel, Lisa Marie Smith as Sharla, Ben Asaykwee as Killer Joe and Jaddy Ciucci as Dottie will all be a part of ‘Killer Joe.’ (Submitted photo)

The west Dallas family lives in a trailer home, and struggles severely with money. The son and father decide to kill the mother to be able to dip into her insurance settlement. Killer Joe, a detective by day who moonlights as a murderer, is hired to kill the mother.

“It’s tragic, but it’s also hilarious because these are people who are not super educated at all, and they will probably never get out of that trailer,” Raffel said. “This is the one hope they have to go somewhere and to get out.”

Raffel said that the play is definitely rated R, with language and some sexual content. She also said the main reason she can pull off directing the play is due to her actors.

“It’s really an important piece because Tracy Letts is amazing, and I just think it’s such an important piece of theatre,” she said. “Most people don’t do it or don’t even think about doing it because it is so hard to do. First of all you have to get some amazing actors because they have to be fearless and do everything these characters do, which is basically fighting for their lives in this trailer with Killer Joe.”

The play will be set in a cabaret-style, so the audience feels as if they are really involved in the family’s trailer.