You are at:Home»Current in Westfield»Family farm transforms to Grand Park 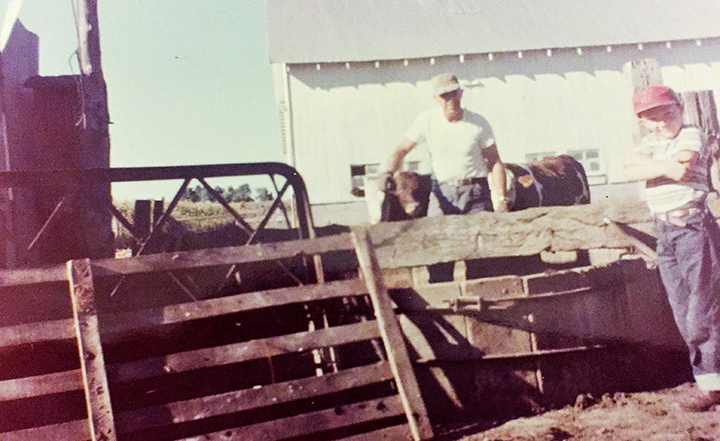 Craig Wood (right) with his father, Bill, on their farm. (Submitted photo)

Imagine a time when farms dominated the landscape of Westfield.

Bill Wood began farming in Westfield in 1941 on land just south of 191st Street and west of U.S. 31. Over the next few decades, the Wood farm grew to include roughly 500 acres, producing corn and grain, as well as livestock, particularly beef and pork.

“To witness that and be a part of that is pretty amazing and significant,” Bill’s son, Craig Wood, said about the transformations.

Craig joined the family farm after graduating from Purdue with a degree in agriculture in 1978.

Throughout the 1990s and early 2000s, developers began eyeing Westfield as the next major housing market.

After eight or 10 different builders had approached the family with proposals, Craig and his family began thinking about how the sale of their land could serve a larger goal than to simply create another housing addition or shopping center.

“We had enough acreage that we knew whatever was going to go in, it should be something pretty significant because that was going to be our family’s legacy.”

When the concept of Grand Park was introduced, the Wood family offered to sell their land for the development of the nearly 400-acre youth sports campus.

“I get a little emotional thinking about it,” he said. “The day before the groundbreaking, I walked around that ground because I knew it was going to change.”