You are at:Home»Current in Fishers»‘Cheers’ for a cause: Fishers on Tap beer event to raise money for Rotary charitable giving 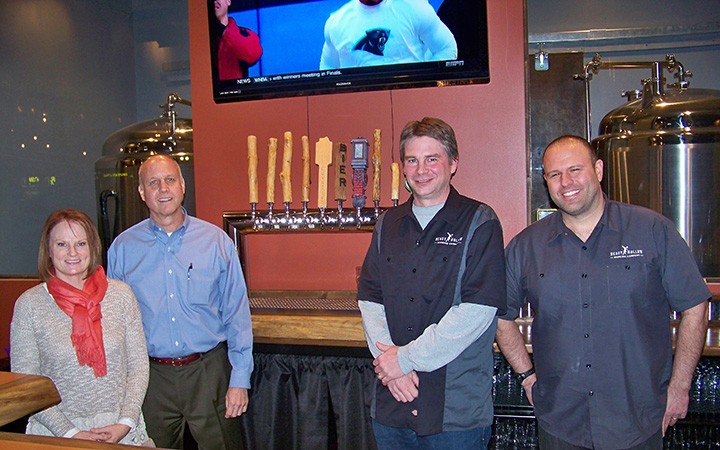 Beer enthusiasts looking to donate to a good cause while enjoying craft brews from local breweries need look no further than the Rotary’s fifth annual winter Fishers on Tap event scheduled for 5 to 8 p.m. Feb. 20 at the Forum Conference Center.

Representatives from eight breweries from around the area, including Fishers-based Heady Hollow and Four Day Ray, will be on hand to serve selections of their brews and discuss beer with local aficionados.

“The nice thing about our event is that it’s small enough that your connoisseur of beer can come and talk with the brewers,” Fishers on Tap co-chair Michele Whelchel said. 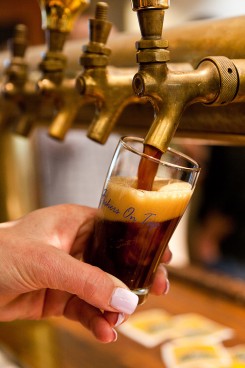 While maintaining a small feel, and the Rotary’s winter version of the event limited by inside space, Fishers on Tap continues a high-demand tradition in its fifth year.

“It sells out every year and a high number of folks just keep coming back, which is great,” co-chair Bill Jerrow said. “It’s a lot of millennials and a lot of boomers, a lot of men and a lot of women, couples on dates … It’s very much a social event. There’s a lot of great food and plenty of great beer.”

“The brewers that have been there all want to go back,” Jerrow said. “They get access to the audience and can talk about why their beer is better than someone else’s or what they’re doing different. The brewers love it.”

Fishers-based Harmony Winery will also be on hand for those that prefer grapes to hops.

Keefe Pietre, co-owner of Fishers’ Heady Hollow Brewing Company, is looking forward to the event — the first Fishers on Tap since he and George Garrison founded their brewery last August.

“We’re a Fishers brewery and we want to get our beer out to the Fishers population and beer drinkers, so this is perfect,” he said. “It’s for a great cause, too, so that’s another plus. Everyone can drink beer and support a good cause.”

The Rotary Club of Fishers takes money raised from the Fishers on Tap events and donates it to charities and service organizations in the community.

“Consistently it’s brought $13,000 to $15,000 depending on our sponsorship levels,” Jerrow said of the winter version of Fishers on Tap. “We do the same thing again in the summer the weekend before Father’s Day and that produces almost $20,000 for us. Overall it’s around $30,000 going back to the community from two beer events. We give back to different service agencies in Hamilton County and Marion County. We have a donation process where people apply for the funds and tell us what they’re going to do with it and we have a committee that looks at it and we donate $1,000 checks, $2,000 checks right back into the community.”

Local band Phoebe and the MojoMakers will return to provide live music entertainment, a 50-50 raffle will give away $750 to one lucky attendee and another dozen giveaways will take place throughout the evening.

“Every 15 minutes for three hours we give away something,” Jerrow said. “We’ll pull names and project them on the walls so people can see who won and what they won. It usually culminates in a fairly large gift like a large flat screen TV.”