You are at:Home»Current in Carmel»Carmel Community»Carmel resident Stephanie Cassman named Defense Lawyer of the Year

Stephanie Cassman now understands what it’s like to judged by a jury of her peers. 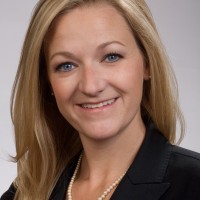 Cassman, an equity partner in Indianapolis law firm Lewis Wagner LLP, was recently named the 2015 Defense Lawyer of the Year by the Defense Trial Counsel of Indiana.

The Carmel resident has been involved in the organization since she started practicing law in 2000.

“To be recognized by people who do the exact same thing as I do is the greatest honor,” Cassman said.

The award is presented to a licensed lawyer who has promoted the interests of the Indiana Defense Bar in the most significant way in the fields of litigation, legislation, publication or participation in local, state or national defense organizations.

“She proved herself in 2015 to be a very skilled trial attorney,” Lewis Wagner LLP colleague Dina Cox said. “Lawyers are competitive by nature, so to have your peers say you are deserving of Defense Lawyer of the Year award is quite a nice accomplishment.”

Cassman focused her practice on employment and civil defense litigation. For the most part, she represents employers in the face of lawsuits that are filed by employees.

She had two significant cases in 2015, as one of her clients was one of the last known men to see Lauren Spierer, an Indiana University student missing since June 2011.

“The parents of Lauren Spierer filed a wrongful death civil lawsuit against the last three known people to see her before she disappeared,” Cassman said. “We had succeeded at the trial court level of having it dismissed and judgment entered. It was too speculative to find civil liability because no one knows what happened to Lauren the night she disappeared.”

The case was appealed, and it went to a federal appeals court in 2015. Cassman said her side prevailed.

Cassman said the Spierers’ case was Lauren was intoxicated and people should have ensured she got home safely.

In the other federal court case, she led an all-female trial team. The plaintiff was seeking more than $50 million from Cassman’s client in a discrimination case. She said the seven-day case was a lengthy federal jury trial.

“At the conclusion of the trial, the jury found in favor of my client and awarded zero,” she said.

Cassman came to Lewis Wagner as a law clerk in her first year of IU law school in Indianapolis 17 years ago.

“I wanted to learn from the best trial lawyers in the state, and that’s why I come to work every day 17 years later for the same reason,” she said.

Her husband, Ryan, is a family law attorney for Coots, Henke & Wheeler, a Carmel-based firm. They have two children, Nick, 11, and Victoria, 13.

Cassman said her husband has supported her so much in her career and did so again last year during the time-consuming cases.

“I’d be remiss not to acknowledge that,” Cassman said.