You are at:Home»Current in Carmel»Carmel Community»Carmel mayor meets with counterparts from Albanian cities 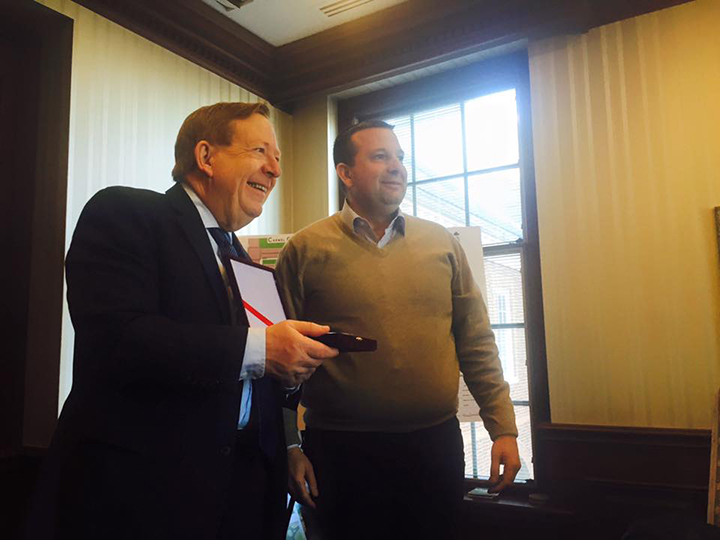 Carmel Mayor Jim Brainard met with five mayors from Albania who were visiting the United States as guests of the U.S. State Dept. from Feb. 3 to 6. The mayors also visited Fishers and Indianapolis as they explored municipal governance in the U.S., with guidance from The International Center.

Translators assisted some mayors as they asked Brainard questions about infrastructure, economic development and zoning. The Albanian mayors were interested to hear that Brainard usually only has to get city council and plan commission approval to rezone a property. In Albania, the prime minister approves all local zoning matters.

Brainard spoke on city redevelopment efforts, such as using private-public partnerships and tax increment financing to construct The Palladium. He talked about improving traffic flow with roundabouts and creating a dense urban core instead of sprawling out like many suburbs do.