You are at:Home»Current in Westfield»Carmel church to move to Westfield 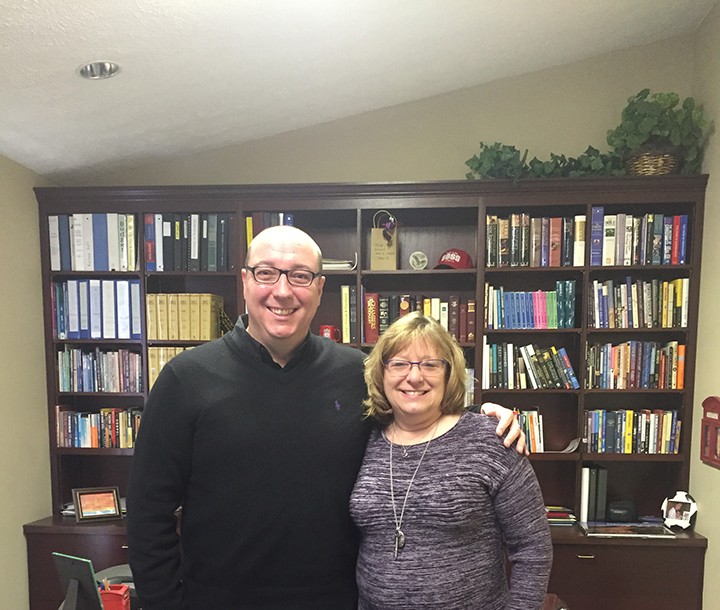 Graham Richards and Lisa Gibson have worked together to plan a concert in celebration of Central Christian Church moving to Westfield. (Photo by Anna Skinner)

Fifteen years ago, Central Christian Church purchased some land in Westfield with plans to migrate in that direction as development increased to the north and west of the current location, 1242 W. 136th St., Carmel. The congregation almost moved in 2008, but because of the economy, the church decided the time wasn’t right.

Now, the plans are becoming reality as the church hopes to break ground late 2016. A concert will be held at East Street Studios, 18880 East St., in Westfield to celebrate the progress the church has made.

“I’m using where we’ve gotten to with the church as a celebration, and the move is actually something that’s been growing in me,” said Lisa Gibson, member of Central Christian Church and organizer of the concert. “With Pastor Graham’s help and other people here within the church, it’s a ministry I’ve had a dream for.”

The concert will include contemporary Christian artists Josh Wilson, Jason Gray and JJ Heller. East Street Studios holds between 600 and 1,000 people, and tickets will sell for $15. VIP tickets are sold for $25 and include an artist meet and greet and a special section in the front of the venue.

The timeline for the new church includes constructing the building on the 82 acres of land the church purchased, and then proceeding to sell approximately 60 of those acres.

“There are lots of reasons it’s been a long-standing plan for this congregation,” Senior Minister Graham Richards said. “As the towns have been growing out that way, that’s where God wants us to be, lots of new subdivisions and people moving in the area, and it seems unrepresented for churches.”

The concert will be 6 p.m. March 3. Tickets can be purchased at ccccarmel.org.

“The concert is a good thing in the life of the church, but we have leveraged this because it should happen around the time of groundbreaking for us,” Gibson said. Exact groundbreaking dates are unknown as of press time.