Coach Jim Belden, who led Carmel High School to four state titles in football and was a current member of the Hamilton County Council, died at age 77 on Feb. 14 after a battle with cancer. 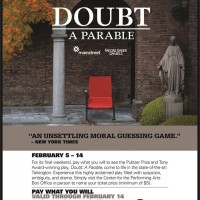 “To me, he will always be known as coach,” County Commissioner Mark Heirbrandt said. “He was a motivator. He wanted to be a team player. He wanted Hamilton County to be the best it can be, and he will be greatly missed.”

Belden began serving on the Hamilton County Council in 1993 and won every election since. He was up for election again this year, and it’s possible that his name could remain on the ballot in May even after his death.

Pete Peterson, recently selected as head of the Hamilton County Republican Party, said that he has 30 days to set a date for a caucus to decide on Belden’s interim replacement. After that, it’s unknown what will happen in the upcoming election in May. It’s possible that Belden’s name will still be on the ballot, which could cause confusion among voters. If Belden were to win the election it would mean that a replacement would need to be appointed.

For the county council race, there are three incumbents on the ballot: Belden, Brad Beaver and Rick McKinney. There are three other challengers for those three spots:  Bill Dennis, Jeff Hern and George Kehl.

Kathy Richardson, head of Hamilton County elections, also serves as a majority caucus chair for the Indiana House republicans. She was unavailable for comment at press time as the legislature is in session.