You are at:Home»Current in Carmel»Carmel Community»Omni Centre receives 2 awards for excellence in government access station work 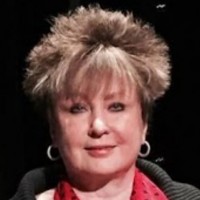 The Omni Centre for Public Media recently received two awards highlighting the work it does for the community. OCPM is a Carmel-based organization that produces digital content for non-profit and government entities, including the City of Carmel.

“We can produce content for any non-profit or government-related entities,” said Sandra Long of OCPM. “We like to tell their stories.”

The group was honored during the Philo Media Arts Festival, sponsored by the Alliance, for Community Media. For the third time in four years, it received the Overall Excellence in Government Access Award for a 20-minute compilation of videos produced over the years.

“Out of all the government access stations in the country, Carmel, Indiana, beat all the other ones,” Long said.

OCPM also won the George C. Stoney Community Activism Award. It’s given to an organization or individual that has made an outstanding contribution to championing the growth and experience of humanistic community communications.

“For several years, Luci Snyder, a past city council member, would feature a pet (on the channel) to be adopted from the Hamilton County Humane Society, because Luci is a current board member there,” Long said. “Then we decided to do something a little different. We decided to videotape her telling the stories of four animals.”

Snyder’s story about a dog’s arrival and subsequent departure from the no-kill shelter touched on how the nonprofit helps animals in need.

“The story was about the dog and what is being done in the name of saving animals here,” Long said.