You are at:Home»Night & Day»Entertainment News»Carmel Symphony Orchestra to host Scotts, Kim in “Beethoven, Brahms, and the Scotts” 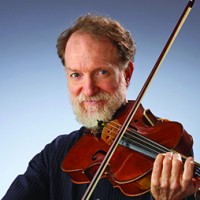 Only one of the Carmel Symphony Orchestra’s midwinter concerts is called “Family Fun,” but that Jan. 31 performance has a successor that could easily bear the same title.

The family having the fun Feb. 13 will be onstage: Beverly Scott, assistant principal violist in the Indianapolis Symphony Orchestra since 1981, will appear playing his other instrument, the piano, along with his violinist son Robin and Robin’s wife, cellist Ahrim Kim, in Beethoven’s Triple Concerto.

They have been invited so the CSO’s audience “can see two generations and the passing on of a music tradition in a family.” That’s how the violist-pianist recalls the invitation extended to him by the orchestra’s music director, David Bowden.

The senior Scott has performed a few times with Carmel’s orchestra as a guest artist along with his wife — Robin’s mother, pianist Sylvia Patterson Scott. “Carmel is acquainted with me as a pianist,” Beverly said, but his public appearances in that role are generally rare.

He has remained capable at the keyboard, however, through regular practice. “For the last 30 years, I’ve done finger exercises, and I’ve learned a lot more about piano technique,” he said. “I’m in better shape pianistically than ever.” He’s spent months working on the piano part for the performance of a work none of the three soloists has played publicly before.

The younger Scotts met when both were students at New England Conservatory in Boston. Married since 2011, they now live in Rochester, N.Y., where Kim is principal cellist of the Rochester Philharmonic and Robin Scott is the new first violinist of the Ying String Quartet, which is in residence at the Eastman School of Music.

The prospect of playing the Beethoven Triple, a unique work in the concerto literature, excites Beverly. “It combines many of the delights of playing chamber music with the delight of playing a concerto,” he said. “It brings something of both worlds. It’s not very common for a pianist to get an experience like that.”

“Beethoven, Brahms, and the Scotts”

The Palladium at the Center for the Performing Arts