You are at:Home»Current in Westfield»Local author publishes novel 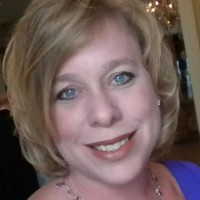 Westfield citizens may recognize Courtney Corcoran as the 11th grade Westfield High School English teacher, but her name may ring a bell for another reason.

Corcoran published her first novel, “Cate in Flux,” with local publisher Rebel Ink Press. She began writing the dark chic lit story five years ago for the National Novel Writing Month competition when she lived in Boston but had strayed from the story until recently.

“I started editing freelance for Rebel Ink Press and sent the person in charge what I had and she said I had to finish it,” Corcoran said.

So she listened and finished the rest of her story in five months, publishing it last December.

Currently, Corcoran is working on a sequel. Having beginning the novel in Boston, that’s where the first took place. However, Corcoran grew up in Zionsville and returned to Westfield to be near family. Her sequel will be based in Indiana.

Corcoran said that the move could influence her writing since she interacts with different people than she did in Boston.

“The first book is set in a Boston suburb but she returns to Indiana in the sequel,” she said. “It helps (returning to Indiana) because being gone for 15 years you don’t remember everything.”

The sequel should publish in May or June of this year.

In addition to writing as often as she can – normally an hour a day – Corcoran has three children in the Westfield Washington School System and said she enjoys being back.

“The school system is fantastic and I like the community feeling here, even though it’s gotten really big, there are a lot of interesting people and restaurants and its close enough to downtown and Indy that you still have a city feel,” she said.

Corcoran’s novel is currently only available only through Amazon, the Barnes and Noble website and CreateSpace, costing $8.99 for the print copy and $3.99 for the ebook version.

Visit her website, www.courtneycorcoran.com to learn more or to purchase her work.