You are at:Home»Current in Westfield»Ministry to raise money for Guatemalan school 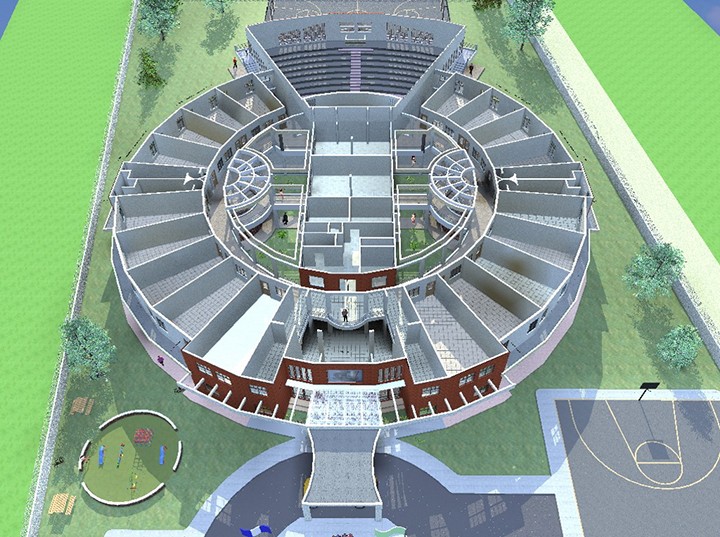 Wisdom and Grace is raising funds to build a new school that is large enough to serve 1,000 students. (Submitted rendering)

A chance meeting during a family trip to Florida changed Quinn Shepherd’s life, and he’s hoping it will do the same for hundreds of children living in poverty.

Shepherd is the co-founder of Wisdom & Grace Ministries, a Carmel-based not-for-profit organization working to build a new school large enough for 1,000 students in Santo Tomás Milpas Altas, Guatemala. Justin Steill, of Westfield, is also a co-founder.

The inspiration to help students in another country was sparked when Shepherd met Rudi Pineda. Pineda, from Guatemala, was the guest of a family friend who was a missionary to the Central American country.

“I tried to start a conversation by asking him what he did for a living,” Shepherd said. “(The missionary), who is fluent in Spanish, was translating. She said Rudy is a teacher. Three and a half hours later over dinner, we just couldn’t believe the story we heard about Rudi starting a school from scratch.”

Pineda founded his school, Colegio Cristiano Saber y Gracia (Wisdom & Grace Christian School), in 1986. He had just finished his education and felt compelled to teach and decided to build his own school, brick by brick, farming the land to make ends meet, Shepherd said.

After hearing about Pineda’s efforts to end the cycle of poverty in Guatemala, Shepherd decided to see it with his own eyes. A small group of his acquaintances accompanied him on the trip to the impoverished, third world country in 2013. Another group is planning a trip at the end of January.

“We just had an amazing experience, and saw what this man, Rudi, was doing. We felt with the people we know, and our small group at church, we could really help them out,” Steill said.

Once they saw Pineda’s school firsthand, Wisdom & Grace Ministries was born. The group began with small ambitions of raising money. Its goal was to raise $5,000 and to sponsor three students. They ended up raising $50,000 and sponsoring 100 students.

Now the group is looking to take the next step and raise $1.5 million to fund a school building that can fit 1,000 students. The current building is large enough for 350 students.

“All it takes is doing a little on the side, and you can help impact a lot of different people,” Steill said.

For more, or to get involved, visit wisdomandgrace.org.