You are at:Home»Current in Fishers»Conner Prairie Alliance donates $1 million 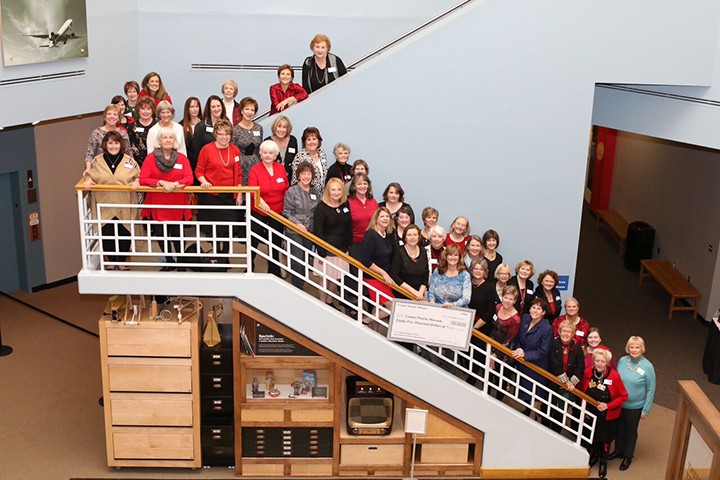 The Conner Prairie Apple Store celebrated its 30-year anniversary this year. While three decades is certainly worth celebrating, another announcement worth commending is the amount of money the store helped raise for the museum.

Run by the women’s volunteer group Conner Prairie Alliance, the store raised over $1 million since it was founded in 1985.

“It feels fantastic,” said Marcilynn Keyes, CPA president. “There were a lot of women who were involved in reaching that milestone over the years.”

Keyes said that with raising between $65 to $85 thousand on average each year that the store was likely to surpass $1 million. This year alone the store raised approximately $85 thousand.

“Looking at the numbers it was obvious that it was this year that we were going to hit the million at the apple store and make our contribution to the museum as much as possible,” she said.

Without expanding the store, Keyes said it manages to maintain and even increase its customers over the years.

“We have not expanded space,” she said. “I think it’s just that we have gotten a bigger reputation in the community and we have a lot more regular customers. We have a lot of customers who I talked to when I worked in the store and I would ask them had they ever been in the store before and many people this year would say, ‘Oh yeah, I’ve been here every year and I know what I want.’”

With the CPA’s $1 million pledge to Conner Prairie completed, the funds will go toward a new exhibit next year.

“This donation completed our pledge to the new tree-top outpost exhibit that will be opening next year,” Keyes said. “Honestly, I am not certain what our next project will be at this point. That is something we’re still working out with the museum.”