You are at:Home»Current in Fishers»Local park renamed 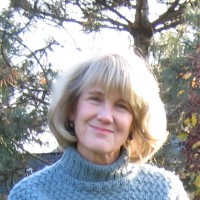 The Central Indiana Land Trust recently celebrated its 25th anniversary. In order to commemorate the occasion, they renamed the 77-acre preserve at 116th Street and Allisonville Road, Fishers, the Eleanor ‘Nonie’ Krauss Nature Preserve. Krauss was an instrumental member of the CILT Board of Directors.

“We were looking for a way to honor someone with our 25th anniversary this year,” Cliff Chapman, executive director of CILT, said. “We always came back to Nonie Krauss who we lost in 2007. It just seemed like it was the right place, and the right time. It has been a while since we lost Nonie, but she was just very important to the history of our organization. As we were looking back at the 25 years, it was like the stars aligned that this was the right time to honor someone who was such a great volunteer for us.”

Krauss became a board member in the late 90s. She worked to secure a grant from the Nina Mason Pulliam Charitable Trust to hire the first staff person. She even assisted the group with purchasing their first property.

“We did our first fundraiser to purchase property which was our Burnett Woods Nature Preserve in Avon,” Chapman said. “Nonie was in the thick of it right from the beginning there. She and her husband John knew the executive director for the Pulliam Trust and talked about how this could be one of the first places they could make a grant towards. It took a few years of preparation and planning.”

The name change was announced at the group’s 25th anniversary party. The change has been made online, but the sign at the preserve may not be changed until spring.

“We hope that Nonie can inspire other people to be a great volunteer to give the way that she did. She was just such a wonderful person and this was the best way we knew to try and honor her,” said Chapman.