You are at:Home»Current in Carmel»Carmel Community»Former Pacer Scot Pollard among comedians at fundraiser 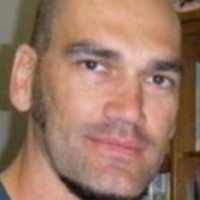 What’s the best way to deal with hardship? If you ask a comedian, it’s likely they’ll recommend a good dose of laughter. That’s what one major stand-up comedy fan and a lineup of professional comedians hope to achieve with the Comedy for a Cause event at the Center for the Performing Arts this Jan. 15.

Sherrill may not have any intrinsic connection to the Indianapolis comedy scene beyond an ardent fandom, but he hopes the event connects with people on a meaningful level.

“It’s my favorite form of art,” Sherrill said. “I really respect what these folks do, and so to be able to combine two of my passions is a lot of fun. To be able to provide a fun show that’s a little bit off the beaten path from what the area usually gets, hopefully we’ll reach the comedy fans, but more so we want 200 people to learn about the Ralph Braun Foundation.”

Proceeds from the event will support the Ralph Braun Foundation, a nonprofit group that helps provide funds for vehicle modifications for wheelchair users. The group has helped fund 54 modifications since its inception in 2010.

“It’s such a life-changing service that they provide, so I wanted to see what I could do locally to contribute,” Sherrill said.

Comedy for a Cause

Where: Center for the Performing Arts, 1 Center Green, Carmel