You are at:Home»Current in Carmel»Carmel Community»Ramsey Lewis to perform at Palladium 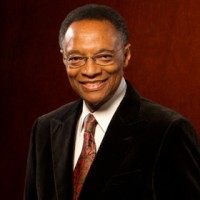 Doug Tatum admires any artist that displays a signature style. Ramsey Lewis, jazz pianist and composer, is certainly one of those artists.

“Throughout his career, Ramsey has had the ability to connect with an audience beyond just core jazz aficionados,” said Tatum, vice president of programming for the Center for the Performing Arts. “By carefully selecting certain pop songs and then making them ‘his own’ through his unique jazz renditions, Ramsey was a ‘crossover’ artist before that term became commonly used to describe musicians in this way.”

The Ramsey Lewis Quartet will make its first appearance at the Palladium at 8 p.m. on Jan. 9 in Carmel.

Tatum said the Palladium wanted to present Lewis because he is among a relatively small group of bona fide jazz musicians who also have wide audience appeal.

Three-time Grammy winner Lewis, 80, has recorded more than 75 albums with the first coming in 1956 and the most recent in July.

“For someone to remain at the top of their game throughout their entire career is a rare achievement,” Tatum said. “I can only assume that Mr. Lewis is exceptionally healthy. If I get the chance, perhaps I will ask him for advice about what vitamins he recommends.”

Lewis’ tour celebrates the 50th anniversary of “Hang on Ramsey” and “The In Crowd” albums, both released in 1965.

“Ramsey Lewis was certainly among the very first jazz pianists that I heard as child, and this was long before I became a jazz fan in my late teens,” Tatum said. “I am old enough to remember hearing his hit records “The ‘In’ Crowd” and “Hang on Sloopy” being played on Top 40 AM radio stations in the mid-1960s. Even then, I remember feeling that this was something very special. Those particular hits were recorded live in clubs, and the enjoyment of the audience was captured on those records — that was certainly a big part of the appeal.”

Both “The ‘In’ Crowd” and “Hang on Sloopy” singles sold more than one million copies.