You are at:Home»Current in Carmel»Obituary: Barbara L. Miller 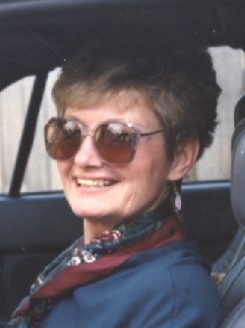 As a loving mother and grandmother, she lived a full life of traveling the countryside and exploring abroad. Attending the theater and musicals with family, writing long letters to friends, and reading book after book to broaden her intellect were just a few things she did to make her so special.

Before finishing her teaching career at the University of Indianapolis, Barbara had taught at Wayne and Washington Township Schools in Indianapolis and North Central College in Illinois. She received her B.A. and M.A. degrees at Ball State University, where she was a member of Pi Beta Phi. She was a graduate of Royerton High School in Delaware County and attended both St. Luke’s Methodist Church and Second Presbyterian Church in Indianapolis.

In addition to her parents, she was preceded in death by her husband, R. Travis Miller, who passed away in 2008.