You are at:Home»Current in Westfield»Hamilton County residents urged to be prepared for emergencies 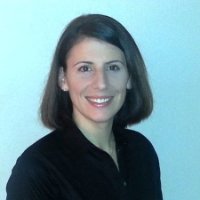 Hamilton County Emergency Management Executive Director Erin Rowe is doing her part to get the word out about “Ready: Whenever. Wherever.” campaign

The HCEM and the Hamilton County Sheriff’s Office is joining with the Indiana Department of Homeland Security to raise awareness about the preparedness campaign. It comes after U.S. State Department’s Worldwide Travel Alert for all Americans, effective through Feb. 24.

“It’s just asking the public to be aware and be on the look out for potential perpetrators or violent behavior, and to report that suspicious activity to law enforcement,” Rowe said.

Rowe said this is a continuation of the U.S. Department of Homeland Security’s “See Something, Say Something” campaign.

“It’s kind of a different approach to it,” said Rowe, who began her job as executive director on July 13. “We’re making sure we pause and consider the potential safety risks in our surroundings and identify any possible actions to take to increase our own personal safety in the event of an emergency.

“It’s important to think about different scenarios you might encounter, especially in public settings, like sporting events, shopping centers and movie theaters.

Rowe said it is important to locate emergency exits and possible places to take shelter.

“We make to make Hamilton County residents aware, there are no specific threats to Hamilton County, to Indiana or the United States at this time,” Rowe said. “In light of recent events, we just have to be more aware of our surroundings.”

Among the campaign’s other tips are to mentally or actively rehouse actions and consider what defensive actions would be appropriate for oneself and one’s family.

Rowe said generally people don’t want to think about it happening in their community.

“But it’s the world we live in now, you have to think about that potential and be prepared for it,” Rowe said.

“It makes us look for how we are training with our local folks here in the county and what else we can do to be better prepared,” Rowe said.

HCEM, the Sheriff’s office and other first responders regularly train for a variety of incidents, including man-made disasters and shootings, according to HCEM release. A joint training exercise was recently conducted in the Hamilton County Operations Center, preparing for widespread water contamination incident.

“Discussion, preparation and practice allows you and your family to stay calm in an event of an emergency, whether evacuation from a fire, or faced with threatening or violent behavior,” stated John Erickson with the Indiana Department of Homeland Security. “This campaign is meant to help empower Hoosiers to live without fear and continue attending events and activities according to their comfort level.”