You are at:Home»Current in Fishers»Fishers City Council approves Ind. 37 project 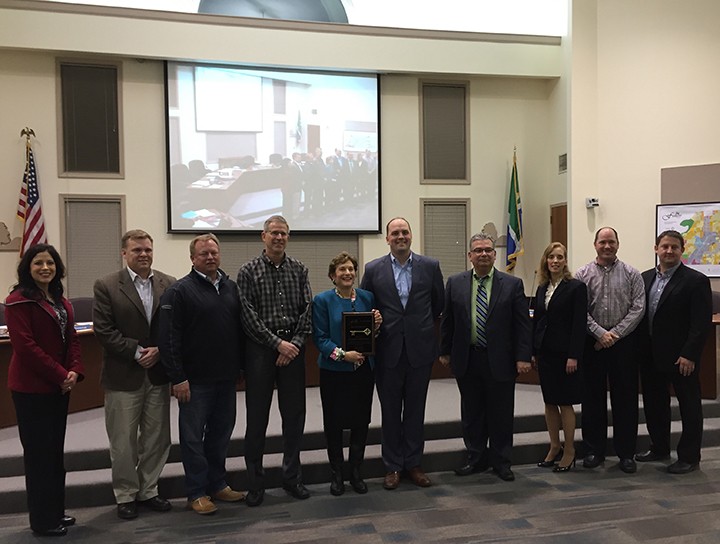 Fishers City Council members met for their last meeting of the year on Dec. 21. Councilman Stuart Easley was absent. All other members were in attendance.

Why it matters: Fishers based Conner Prairie announced last summer that Rosenthal would be retiring from her role as CEO at the end of the year. Rosenthal arrived at Conner Prairie in 1999 and took Conner Prairie from a locally well-known interactive history museum to a Smithsonian affiliate and an Institute of Museum and Library Services National Medal winner, the nation’s highest museum honor.

A request to approve the road transfer agreement and interlocal agreement between the Indiana Department of Transportation, the City of Fishers, the City of Noblesville, and Hamilton County for improvements to Indiana 37 was submitted before council.

Why is matters: Earlier this month, the announcement was made that in conjunction with the INDOT, the city of Noblesville and Hamilton County, Fishers would head a $124 million development for improvements on Ind. 37 from Interstate 69 near 126th Street through 146th Street. During the development and construction of improvements the state would relinquish control over the road to the city so that Fishers would be responsible for that portion of the road. Control is estimated to last seven years, which after expiration, would then be returned back over to the state. Council members unanimously approved both agreements.

A request to approve an amendment to the sewer rating went to council for its third reading. A second public hearing was also held. The proposed amendment would increase the current sewer rates by approximately 25 percent.

Why it mattes: The sewer rates in the city of Fishers have not been changed since 1997. Due to costs of maintaining and operating the Fishers wastewater plant, operations and collection system, the City recognized the need for an increase in the rate. Despite the increase in the rate, Fishers would still maintain one of the lowest sewer rates compared to other central Indiana cities. The council unanimously passed the amendment. The new rates will begin as of Feb. 1, 2016.

Owners of Prairie Guest House, located at 13805 Allisonville Rd. requested a rezone from an R-3 to PUD-C. The owners would like to expand the uses to include a yoga studio, a seasonal restaurant serving less than 60 people and a special event venue.

Why it matters: These items are outside of the regulations of a Bed and Breakfast Inn as outlined by the unified development ordinance and require commercial zoning, PUD- C. The council approved the request given that certain barriers would be built in order to buffer added noise potentially caused by events held at the new-use areas.