You are at:Home»Current in Zionsville»Business expansions, relocations in the works 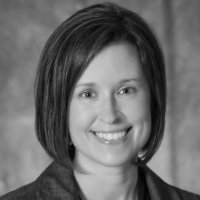 The new year looks to be an active one for the Zionsville business community, with new businesses, expansions and relocations in the works.

The highly anticipated opening of the Lids Corporate Headquarters is expected to happen early in the year. The $21.8 million building will consolidate all of the company’s businesses divisions under one roof and 150,000 square feet.

Across the street, progress is expected to be made on the rest of Creekside Corporate Park. Biopharmaceuticals consulting firm DK Pierce recently announced plans to move from Ninth Street to become the first tenant in the park.

She added that they’ve received inquiries from businesses interested in the area and expects that the number of calls will increase once construction begins.

On Dec. 21, Noble Order Brewing Company announced it will open a new taproom in Zionsville by the end of January or early February at 98 S. Main St. The company has crafted European-style beers from its Richmond-based facility since 2014.

The chamber will continue its Business Breakfast Series, which began several years ago. The series occurs the third Tuesday of every month at 8 a.m. at Patrick’s for a light breakfast. Topics for the new year will include marketing, resources available to small businesses and business trends for 2016.

“We’ll continue to host the popular Brick Street Market, but we may be announcing a few nice changes and additions,” Johns-Cole said. She added Polka Boy will return to headline the 2016 Street Dance.

“We’re also working on a speed networking event for our chamber members,” Johns-Cole said. “Zionsville is such an amazing place to live and work, and we’re thankful to be able to serve and promote our businesses and community.”