You are at:Home»Current in Zionsville»Amy Lacy appointed as first head of new finance department

When Amy Lacy ran for Zionsville clerk-treasurer in May, she knew it was a position that may not exist anymore by the time she would take office. And that’s exactly what happened. 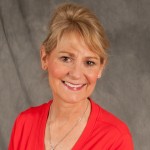 Instead, on Jan. 1 the 14-year Zionsville resident will become the town’s first head of the Department of Finance and Records, an appointed role similar to the one for which she was elected.

“Having been elected by the constituents to perform those duties, I was hopeful that I would have the opportunity to serve as director under the newly reorganized structure, yet I knew it was not a guaranteed appointment,” Lacy said.

Lacy, who has served as the town’s deputy clerk since 2004, ran against and defeated then-town councilor Candace Ulmer for clerk-treasurer in the May primary. At the time, the Town of Zionsville was appealing a ruling declaring its reorganization with Perry Township invalid. In June, an appellate court sided with Zionsville, which allowed the two entities to merge and restructure the town government, which included the addition of a mayor and replacing the clerk-treasurer position with the new department head.

“She has extensive experience as a deputy in this department, previous management experience, a great record working in this department, and has been working diligently to train with Mr. Yeo, who currently fills the position,” Papa stated. “I’m pleased that the best qualified candidate for appointment – and the choice of the citizens – also happens to be female. She will be a welcome addition to our existing group of excellent department heads.”

The new role is full-time for Lacy, who will leave her role as deputy clerk.

The reorganization lawsuit is now in the hands of the Indiana Supreme Court, which could overturn the appellate court’s decision. If that happens Lacy said she expects to become the town’s clerk-treasurer since she was elected to that position.