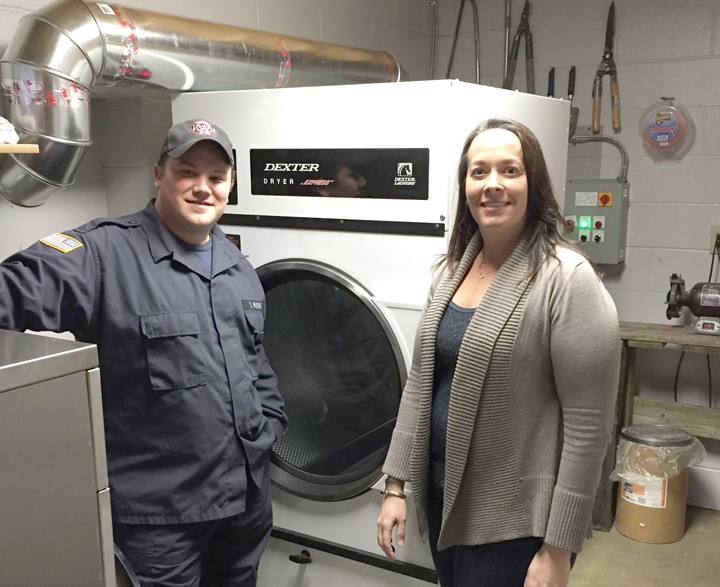 Westfield Fire Dept.’s Station 82 now has a more efficient way to clean and dry their turnout gear after they go on a run to remove carcinogens and toxins from the material.

On Dec. 7, Westfield Washington Township purchased a personal protective gear wash extractor and dryer for Station 82. The station was the last out of Westfield’s three fire stations to purchase a dryer for the gear, and their previous washer only fit one set of gear. Now they have a method to dry, and can fit two sets into the washer.

The equipment is fit to wash and dry all turnout gear, such as the bunker pants and coat, and the gloves.

Lyons said Danielle Carey Tolan, Westfield Washington Township trustee, has been a huge asset to WFD since she took office in January of 2015.

“Having the proper equipment to clean firefighters’ gear is vital in ensuring their protection, Tolan stated in a press release. “If personal protective gear is not cleaned properly between uses, it can cause the equipment to be less heat reflective, capture dangerous toxins and ultimately place our firefighters in compromising positions.”

Lyons said turnout gear has a lifespan of 10 years, and every five years they buy a new set. That way, the department always has a replacement set for each firefighter. While the gear is in the wash or the dryer, firefighters can still go on runs.

Tolan said the washer has an operational life expectancy of at least 87,000 hours in use and a 10-year warranty on parts. The total cost of the equipment was $11,500.