You are at:Home»Current in Fishers»Fishers discusses goals of comprehensive plan 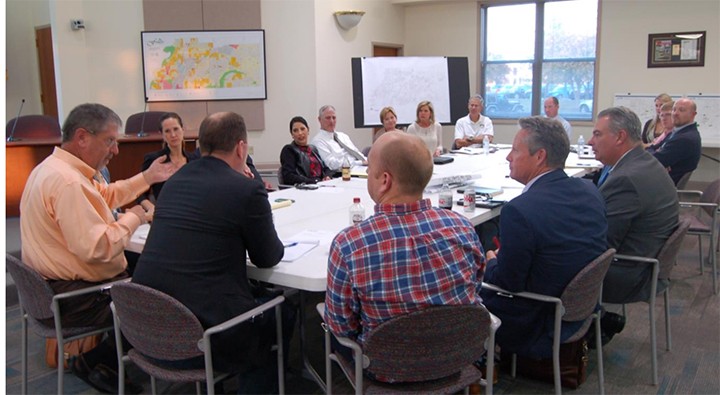 On Aug. 3, members of Fishers City Council met for a special meeting that focused on preparing for the city’s upcoming comprehensive plan. The plan would be headed by a steering committee that would be broken up into four groups. On Dec. 14, those four groups gathered at Launch Fishers to relay what they had learned.

“Hopefully what we’ll have here tonight is a general idea or vision of where we want to take our community and then we’ll go to work on how we’ll actually get there with actionable items,” Fishers Mayor Scott Fadness said at the opening of the meeting.

Each of the task force groups, which were Land Use, Transportation, Residential and Parks, relayed their findings, which took place over 600 hours of meeting time since their meeting in August. A total of 63 individuals participated, including 44 task force and steering committee members, 16 city staff and three outside consultants.

The parks committee’s vision implied a framework that would allow accessibility during all seasons for all ages and all abilities, offer mixed-use of both active and passive spaces, be sustainable in a mindful and environmentally friendly way, promote vibrancy in the community and its identity, be safe in design, operation, and maintenance, be a collaborative in its coordination with the region and quality design.